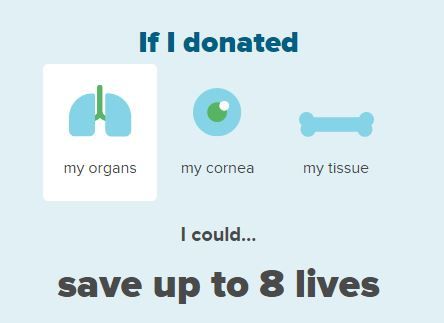 According to The Verge, Apple is set to add a new feature to its Health app in iOS 10 that will make it easier for people to register as organ donors. Apparently the new update will enable you to sign up to be an organ, eye, and tissue donor with just a couple of taps. Once you’ve signed up to become a donor via your iPhone or iPad, your registration details will be forwarded immediately to the National Donate Life Registry. The feature will be included in one of the public betas later this month, prior to its inclusion in the full version of iOS 10 when it launches in the fall.

A lack of organ donors has been a major problem for many years in the US, and Tim Cook told the Associated Press that the issue had particular resonance for him after Apple’s co-founder Steve Jobs died of pancreatic cancer in 2011. Cook said that Steve Jobs had endured an “excruciating” wait for a liver transplant, which he eventually received in 2009. It was also reported by one of Steve Jobs’ biographers that Tim Cook actually offered to donate a portion of his own liver to his old friend, but Jobs refused the offer.

“On average, one person dies every hour in the United States waiting for an organ transplant because the demand for lifesaving transplants far exceeds the available supply of organs—and one donor can save as many as eight lives,” said David Fleming, President & CEO of Donate Life America. “By working with Apple to bring the National Donate Life Registry to the Health app on iPhone, we’re making it easier for people to find out about organ, eye and tissue donation and quickly register. This is a huge step forward that will ultimately help save lives.”
Click to expand...

There’s no information yet from Apple as to whether or not the registration scheme will be extended to other countries around the world.

Source: Apple will push for organ donor registration in iOS 10
You must log in or register to reply here.