iOS 10 Will Free Up Space on Your Device 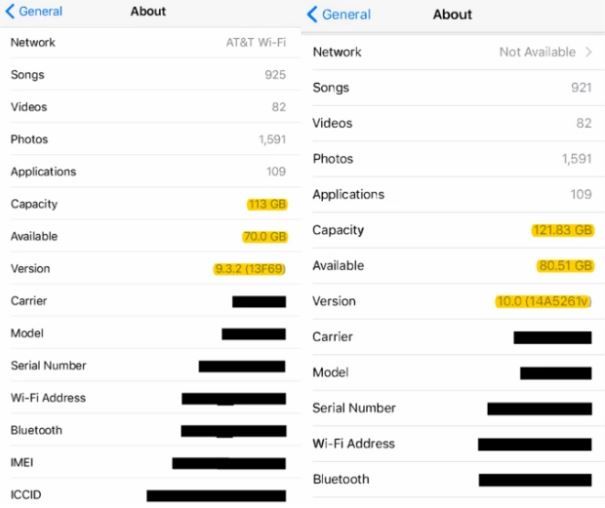 BGR has some interesting information about one of the less obvious benefits of the forthcoming iOS 10, with several Redditors who have installed iOS 10 beta 1 reporting that iOS 10 frees up extra space on your iPhone or iPad.

With iOS 9, Apple made advances in reducing the amount of storage space required for the software, and it looks like it’s gone one step further with iOS 10, as it seems that not only does it take up less space, it actually saves you space!

An image posted by BGR of the available space on a 128GB iPhone 6s before and after installation of iOS 10 beta 1 shows that the user had an extra 9GB of space, despite only deleting four songs when they upgraded and not making any other changes. The user-accessible storage increased to 122GB on iOS 10, up from 113GB on iOS 9.3.2, making an 8% rise in storage space, which would amount to around 1GB for those of us still using our old 16GB iPhones.

I can personally verify this on an iPhone 6 Plus and an iPad Air 2. Both gained capacity almost identical to the iPhone in the screenshots.
You must log in or register to reply here.