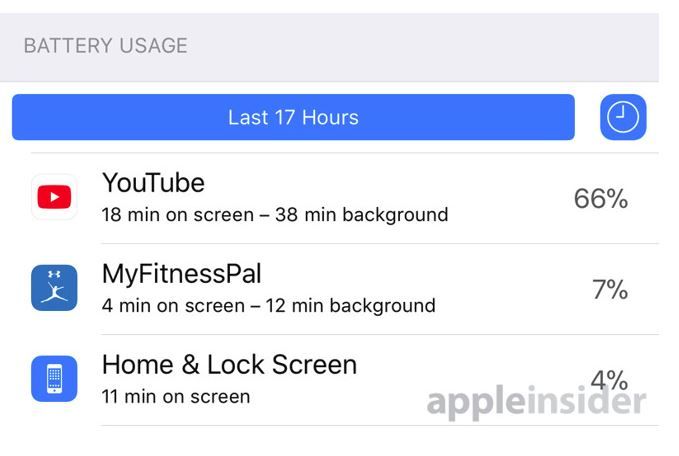 AppleInsider reports today that YouTube, which is owned by Google, has told customers that it is currently looking into a bug in its iOS app that is leading to very heavy battery drain on both iPads and iPhones, even when the app is running in the background.

YouTube announced that it is working on a fix in a post on Twitter. The company was first alerted to the problem by iOS users who complained about it on various social media platforms, including reddit. One user said that their iPhone X battery had drained by 20% in just 30 minutes. Aside from the battery drain issue, other users have also complained that the iPhone or iPad gets very hot when running the YouTube app.

Apparently the problem could have been caused by the recent iOS 11.1.x update, which YouTube says was possibly badly optimized.

One way of getting around the issue until YouTube works out a fix is to watch YouTube videos on your browser rather than via the app.

It’s more likely that the YouTube app wasn’t properly optimized for iOS 11.1.1.
You must log in or register to reply here.