The Quest HD Gets Standalone Islands of Ice and Fire Expansion 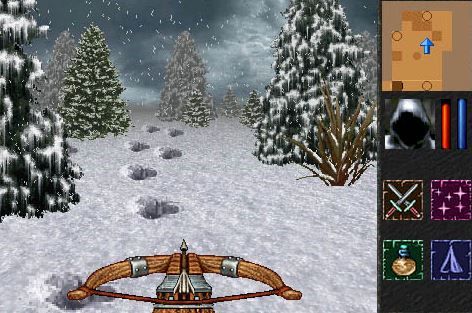 The Quest HD has just had a major standalone expansion released, Islands of Ice and Fire. You don’t have to have the main Quest game in order to be able to play it, but if you already do have that game, the expansion will work within the main app. Simply enable the expansion, and you’ll be able to continue playing The Quest with your original character and use them to explore new areas and quests. All you have to do to access the new areas is head for Mithria Harbour and talk to Captain Hanty, then choose to travel to “The Quest Isle.” Redshift recommends that players be levelled up to at least Level 14 before attempting the isle challenges.

The Quest HD is a hand-drawn old-school RPG set in a mysterious, magical universe.

In the expansion you play a Kingdom Agent on a special assignment to find out the origin of a strange illness that has devastated the icy island of Thule, and that is threatening to do the same to the fiery island of Eldfell.

Here are some of the expansion’s key features:

- Over 30 hours of additional gameplay
- New monsters with graphics/abilities/properties
- New weapon type: crossbow and its ammo, crossbow bolt
- New, superiorly enchantable armors and weapons
- A brand new spell with its own effect
- A lethal disease - keep yourself away from that one!
- Many new quests, NPCs and high level shops
- New books to learn skills from
Click to expand...

Source: http://www.redshift.hu/thequestiphoneexpansion.htm
You must log in or register to reply here.