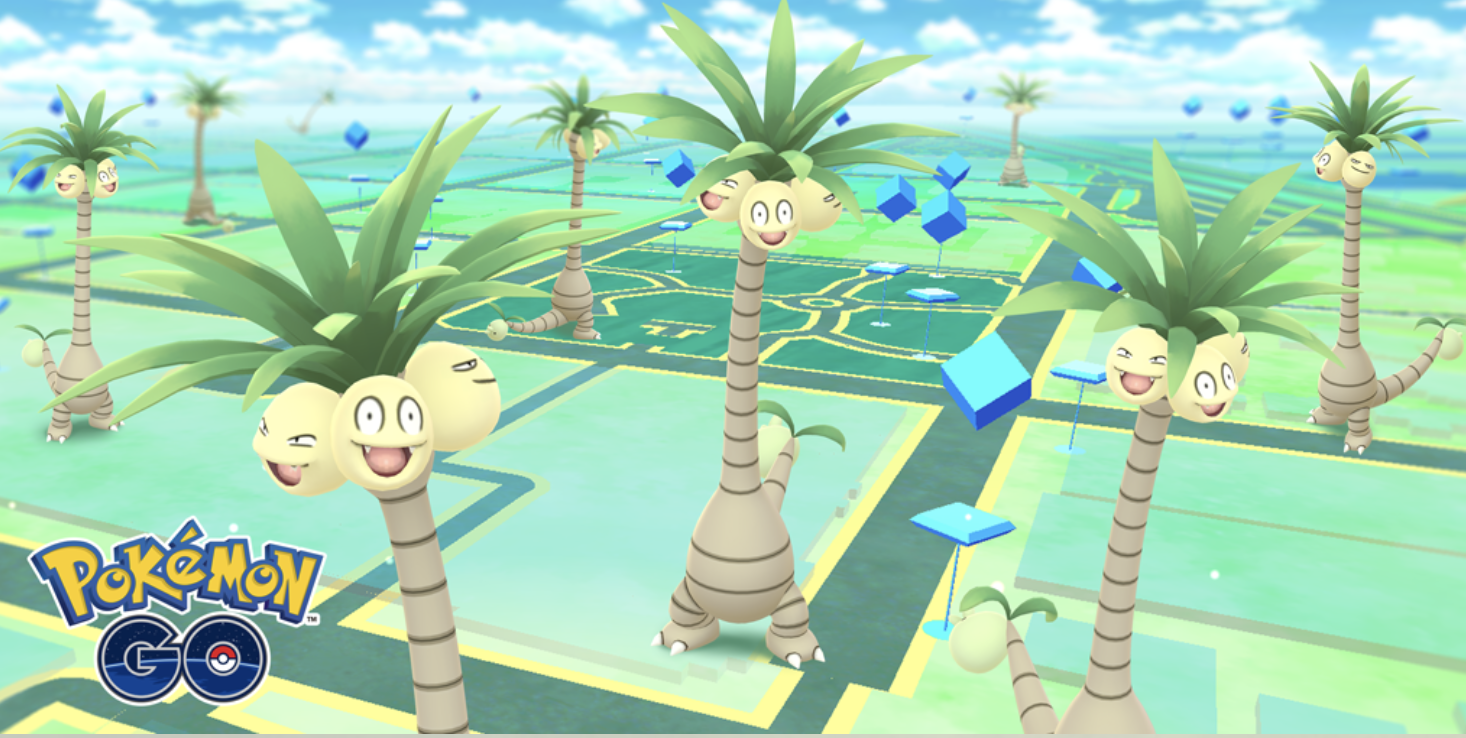 Niantic has announced the arrival of the first Alolan form Pokémon in Pokémon Go, Exeggutor, who is available now for trainers all over the world to catch. The lofty tropical Pokémon will appear more frequently for a limited time in celebration of the announcement that Pokémon: Let’s Go, Pikachu! and Pokémon: Let’s Go, Eevee! will be coming to the Nintendo Switch in November 2018, complete with iOS integration.

The two new games will enable Pokémon Go players to bring Pokémon originally discovered in the Kanto region that they have caught in Pokémon Go to the Nintendo Switch.

Nintendo also released a new free-to-play Pokémon game for Nintendo Switch yesterday, Pokémon Quest. Billed as a “rambunctious action RPG,” the game features cube-shaped Pokémon who live on Tumblecube Island. According to 9to5 Mac, Pokémon Quest will be released on iOS in late June.

As far as the main Pokémon games go, Nintendo says a new game will be announced in 2019.

New Pokemon games for Nintendo Switch integrate with Pokemon GO, Pokemon Quest coming to iOS this fall
You must log in or register to reply here.