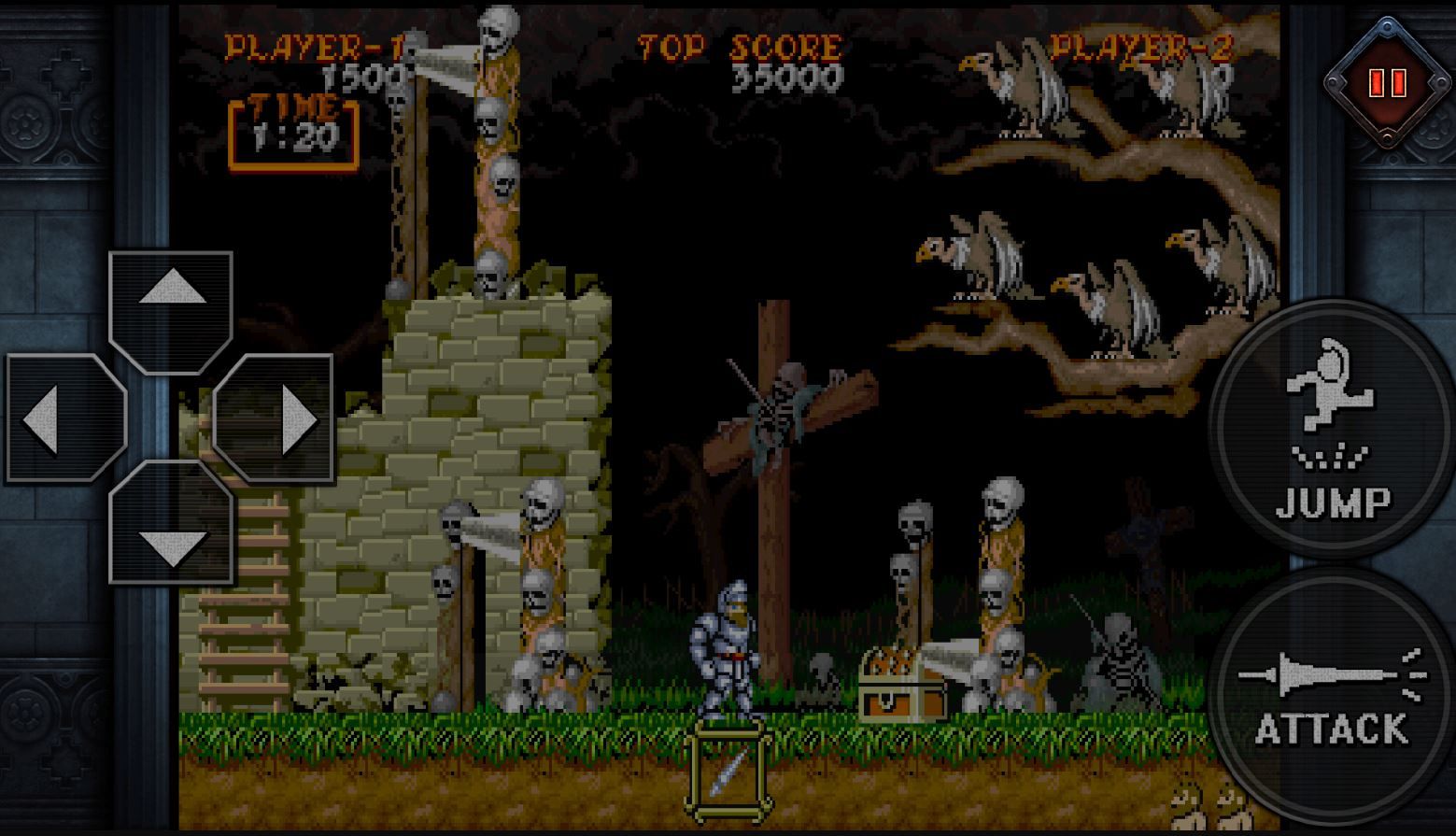 As ever, the star of the game is the brave Sir Arthur, who must fight his way through the ghouls and ghosts of the title, and other assorted evil denizens of the underworld, and he certainly doesn’t have an easy time of things, as you’ll remember if you ever played the arcade or console game in the past. However, Capcom has made some improvements to the game to make it a little easier to play on devices with touch screens. Here are some of the key features of the remake:

* New Tricks - Sir Arthur can now fire directly up or down when jumping.
* New Gear - Equip the golden armor and charge up your weapons to release powerful magical attacks.
* Even More Boss Fights - Battle against seven bosses including Cerberus, Beelzebub, and Loki.
* Touch Screen Controls - Multiple control options, optimized for mobile.
* Two Modes - “Casual mode" has been adjusted for ease of play and "Classic mode" follows the original specifications.
Click to expand...

Sources: Classic side-scroller Ghouls'n Ghosts gets ported to mobile, out now on iOS and Android

Capcom
You must log in or register to reply here.