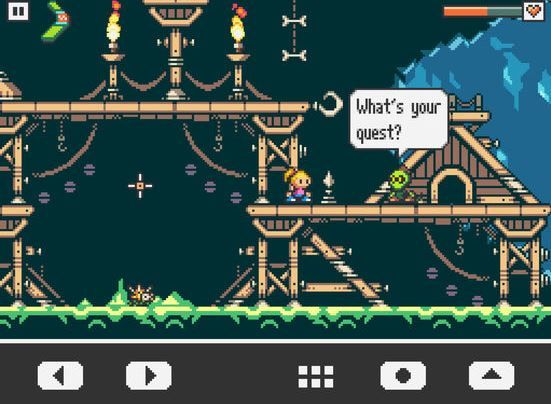 Swedish developer Donut Games, the company responsible for the critically acclaimed Traps n Gemstones, looks like it has another hit on its hands with the release today of lush tropical explorer platformer Vulture Island.

The story kicks off with Benjamin, who has built a flying machine so that he and his friends, Alex, Paul, and Stella, can fly around the world. Unfortunately they run into a little trouble during one of the first flights, and have to parachute to safety. They must then swim to the shores of a distant island, which they get to explore in a bid to find Benjamin, who is now missing. Aside from avoiding various enemies and traps and trying not to get eaten by wild animals, you also get to meet lots of other characters and collect coins and weapons, writes Pocket Gamer.

There’s plenty to do in the game, with mini-quests as well as the main quest, and secondary areas aside from the main locations.

As you can see from the video and the pictures, this is a really sweet side-scrolling platformer from a developer that has already had a smash hit with a similar sort of game with Traps n Gemstones. Definitely worth snapping up, particularly as it’s available for 40% off throughout September.