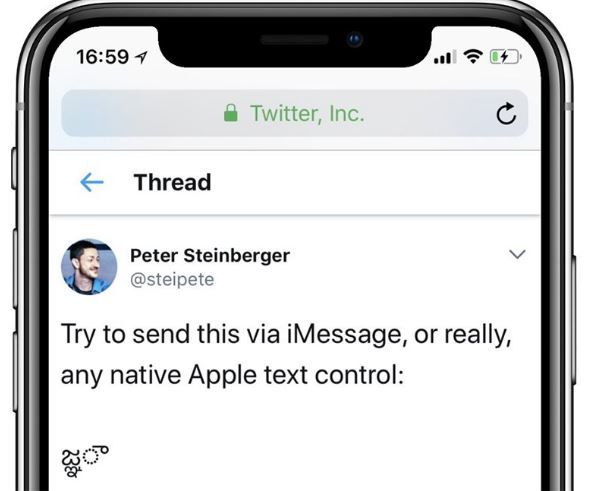 MacRumor reports that Apple has today released iOS 11.2.6, primarily to fix the bug that crashes various iOS apps, such as Messages, Safari, WhatsApp, Facebook Messenger, among others, when a particular Indian-language Telugu character is sent, received or even simply input.

Aside from this fix, the new update also solves an issue where some third-party apps are failing to connect to external accessories.

Source: Apple Releases iOS 11.2.6 With Fix for Telugu Character Bug That Causes iOS Devices to Crash
You must log in or register to reply here.