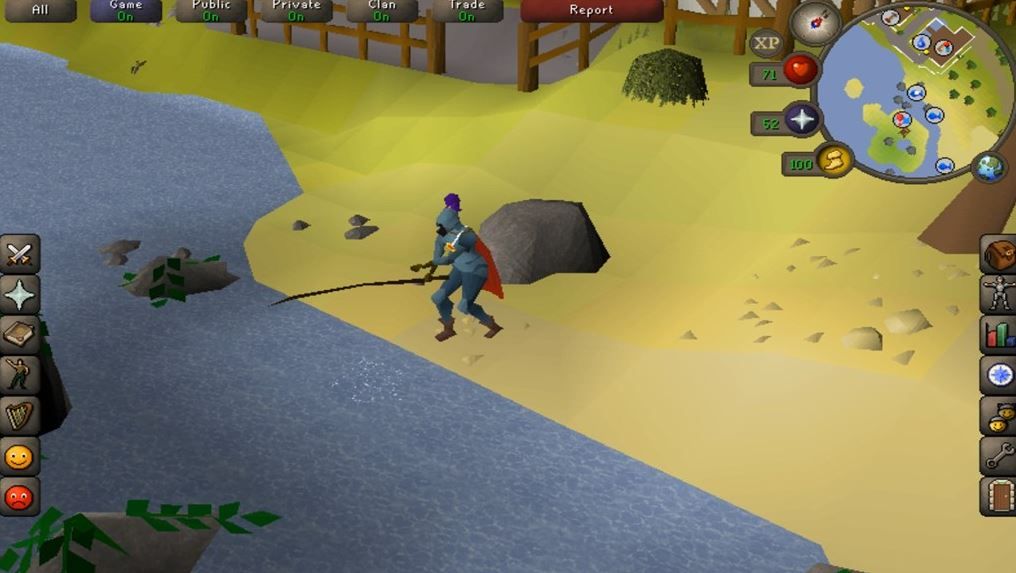 Jagex has announced that its flagship MMORPG RuneScape will be coming to iOS this winter, complete with interoperable PC play.

The Cambridge-based developer says that Old School RuneScape will be released first, with RuneScape to follow, making them the first mainstream and fully established Western MMORPGs to deliver the total MMO experience on both PC and mobile platforms, complete with full interoperable play, where players can seamlessly switch between playing on PC and mobile and back again, enjoying exactly the same gameplay on the move as they would on their PC at home.

You don’t have to have played, or be playing, the games on PC at all, you can choose to simply play only on mobile if you so wish, and if you used to play the game on PC but now want to play only on mobile, you’ll be able to do so.

Neil McClarty, Senior Product Director, Jagex, said:
“As a MMO player, you ideally want to play at any time of the day or night no matter where you are. We know that our players’ time is precious, and that’s why want to give all RuneScape players, both present and past, the opportunity to play RuneScape on the go. The fact that they’ll be able to play on their PC, leave the PC, and pick up their mobile and continue playing where you left your character will be a big deal for our players – there really will be no need for any XP waste.”

Phil Mansell, Chief Operating Officer, Jagex said:
“This is a real step change for MMORPGs and a signal of Jagex’s intent to continue to push the boundaries of live games. The RuneScape titles will become the first mainstream and established Western MMORPGs on mobile in full and the first to deliver interoperable play between PC and mobile platforms. We believe in taking our games to wherever our players want them; recent player surveys showed an overwhelming 90% of active players and 64% of former players telling us of their very high intent-to-play on mobile. Our innovative approach to mobile is also evidence of our ambitions in the mobile sector, and a further indication of our investment in extending the RuneScape franchise to additional devices and territories.”
Click to expand...

RuneScape has had more than 250 million players worldwide, with over 2 million of those playing every month, and millions more watching on social media.

Source: Jagex
You must log in or register to reply here.

M
Now Everyone Can Download Fortnite Battle Royale for iOS