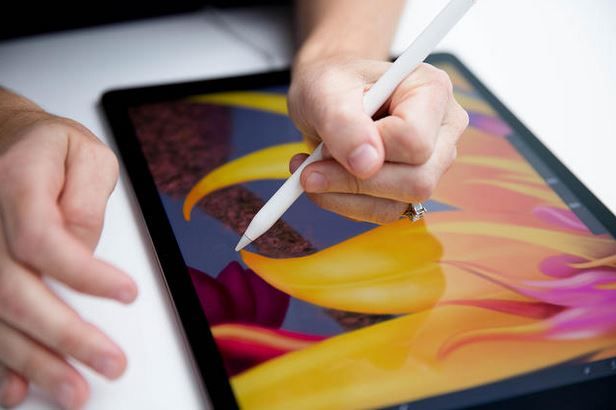 Fast Company has a typically interesting story about San Francisco artist Tiffany Bozic, a traditional paint-and-canvas (or in her case, paint-and-maple-wood) artist who was persuaded by Apple to participate in its “Start Something New” campaign and experiment with using an iPad Pro and Pencil stylus.

Bozic told Fast Company that this was not something that she had been remotely interested in doing until Apple approached her, being happy with her previous method of working.

“My bread and butter is making paintings that sell in galleries. I’ve had tight deadlines for over a decade.”

Bozic’s paintings, which are nature-inspired with a surrealist twist, are very popular and sell well, so she simply had no time, or need, to even think about going digital. “I was a complete iPad virgin,” she says.

That all changed, however, when Bozic joined 10 other artists as part of “Start Something New,” creating work entirely on her iPad Pro that will now be displayed in Apple Stores and on Apple.com. Bozic is the only one of the 11 artists to have created her art entirely on iPad Pro.

Using iPad app Procreate, Bozic was able to use the airbrush tool to create a radiant effect for her iPad painting showing birds, butterflies and flora from Papua New Guinea.

Source: How One Very Traditional Painter Created Her First iPad Pro Art
You must log in or register to reply here.

May 31, 2018
Maura
M
M
New Yorker Artist Talks About How He Has Gone Totally Digital With iPad Pro