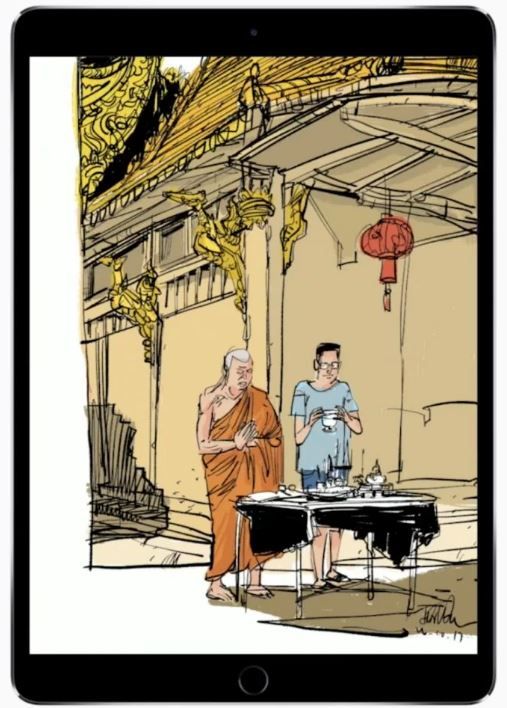 AppleInsider reports that in celebration of the 10th anniversary of Urban Sketchers, the Today at Apple program has announced a series of sketch walks, hosted by Uma Kelkar, Rob Sketcherman, Don Low, and Omar Jamarillo, in Apple’s San Francisco, Hong Kong, Singapore, and Berlin retail stores. Click here to find out more: Today at Apple - Apple

According to 9to5 Mac, Urban Sketchers is a collective of artists from all over the world who get together to sketch in cities around the world.

“On those super stressful days when art is actually necessary—by not having to worry about spilling color,” said Kelkar, a member of Urban Sketchers since 2010. “iPad Pro enables me to reconstitute myself.”

Sketcherman, an Urban Sketcher for more than four years who has been creating artwork solely on iPad, said, “[The iPad Pro] fuels experimentation with line, texture and look, allowing any number of iterations. It’s also very forgiving, expelling all fear of the dreaded blank page and of potentially ruining sketchbooks in case an experiment goes awry.”

Aside from these four sketch walks, Apple is also offering free iPad Pro and Apple Pencil workshops to teach people how to sketch on iPad Pro at retail stores.

Apple promoting Urban Sketchers artists who use Apple Pencil with free iPad Pro workshops
You must log in or register to reply here.