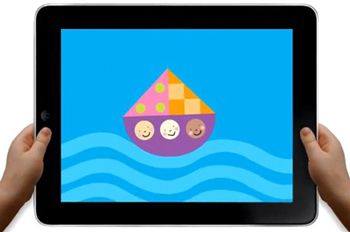 With the announcement of Kindle coming to iPad, and of course Appleâ€™s own iBooks, people are already getting very inspired and excited by the idea of books on the iPad, and according to this story on the School Library Journal website, the presentation of childrenâ€™s books on the iPad might well be leading the way in terms of innovation. In the SLJ report, Josh Koppel, co-founder of ScrollMotion, a company that develops iPhone and ebook apps for book publishers, predicts that live glossaries, audio and video notes that users can create as they read, and live quizzes could all be featured in books on the iPad.

The School Library Journal adds that although many publishers are keeping their forthcoming iPad plans secret until launch, Penguin Digital have already publicly outlined their â€œimaginingsâ€ of how childrenâ€™s books might appear on the iPad at an event in London at the beginning of March, and in the demonstration video below. Check out video after the jump, this stuff is pretty amazing!

[ame]http://www.youtube.com/watch?v=0QCAPv-IKuU[/ame]
You must log in or register to reply here.

Aug 21, 2011
Maura
M
M
Sesame Streetâ€™s The Monster at the End of This Book Comes to iPad