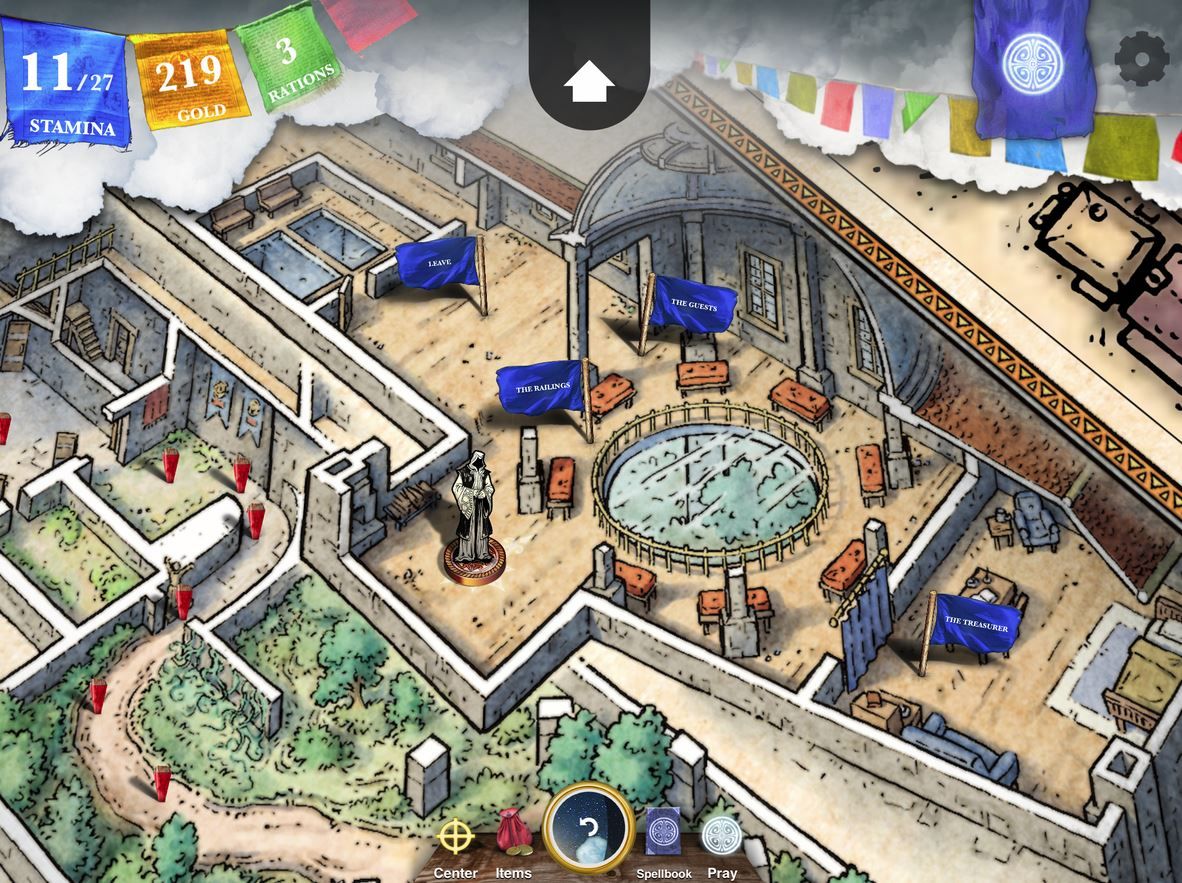 Touch Arcade reports that the long-awaited fourth and final episode in Steve Jackson’s epic Sorcery! series has finally arrived in the App Store, entitled “The Crown of Kings.” If you’ve already played Parts 1 through 3 then you’ll be all too aware that your decisions and choices in those previous episodes will have an impact on Part 4. However, you don’t actually have to have played the first three games to enjoy The Crown of Kings, although you’ll probably want to go back and play them after you play this one.

Inkle’s critically acclaimed adaptation of Steve Jackson’s original 1983 gamebook series brings the adventure right up to date, and concludes the interactive novel. As the story continues in Sorcery! 4, you’re trying to obtain the stolen Crown of Kings from the Archmage in the Forest of Mampang, high up in the mountains. With little more than your sword and your spellbook to aid you, you must break into the Citadel and sneak through the city to confront the Archmage. As ever in the series, the choices that you make ensure that every Sorcery! playthrough is intensely personal and unique. Here’s a list of some of the game’s key features:

There’s a reason why Apple made this one of its “New Games We Love” this week.

Sources: Inkle, 'Sorcery! Part 4: The Crown of Kings' Is Out Now
OP
M

M
Hearthstone Knights of the Frozen Throne Expansion Out Now

M
Cast Details of Marvel’s Guardians of the Galaxy: The Telltale Series Revealed