Best Buy just started receiving shipments of them. Didn't have it on the shelf yet. Had to ask the guy and he took it fresh out of the box.

Will I keep it? No
Reason: I will test it out for the mean time until the secure model gets released. I really want that dang magnet! However, I will be returning the snap shield 2.

1g:
- microphone cutout was a circular'ish shape
- rocker knob had an entire cutout. Hence, leaving portion of the edge on top of the rocker knob not intact. That wouldn't matter though since the edge isn't hooked like the 2g.
- contained 4 clips for mounting on all 4 corners. It was highly prone to cracking. Poorly designed.


2g:
- microphone cutout is a trapezoid shape
- rocker knob has a sectional cutout. Entire right side edge is intact with the edge of the ipad.
- left side, both top and bottom, still contains 2 clips
- entire right side is clipped on with a hooked edge that covers the entire edge. Not clips like the 1g.

The 2g fits the 3. I'm guessing the 1g as well. However, the 2g is still prone to cracking. I have had it on mine for 5 days now and the top left clip is forming a lot of spider-line cracks. This is due to the 3 being slightly thicker and puts a lot of stress on the 2 corner clips.

I haven't dropped my 3... Banged it against something nor removed it constantly. Cracks just started forming out of no where.


3g:
- microphone cutout is a tiny rectangle
- rocker knob still has a sectional cut out as the 2g
- left side no longer contains clips
- the entire case is a hooked edge like the right side of the 2g. So the entire edge on the ipad is being clipped on. Disregarding the sectional cutout for the smart cover.
- it fits perfectly. No need to force the case on like the 2g. Takes "almost no force" at all to get the ipad in. That's how easy it clips on. Does that mean it'll pop off? No. Because all the edges are intact with the case.... and.. it is just fitted for the 3. Simple as that.


Photo comparisons. I don't have photos of the 1g. Sorry. But if you're curious what it looks like, look at the video reviews on YouTube that's dated earlier last year.

Top edge - not hooked as well. Goes straight up

3g and 2g comparison:
3g is on the bottom and 2g is on the top. My 3 is mounted into the 2g. Noticed the camera hole is not aligned in the center. 3g has a paper ipad insert inside of it that came with the packaging. Disregard any sort of alignment on the 3g.

Spider-line cracks forming on the 2g

Backside view - Apple logo is clear and not distorted like the 2g. On the 2g, the back side is raised up like 1mm or so. It is barely noticeable but the apple logo isn't clear. When you push down on the case it then becomes clear.

Thanks for the review and pics.

Is the back of the Snap Shield for 2 & 3 rubbery (non-slip) feeling? 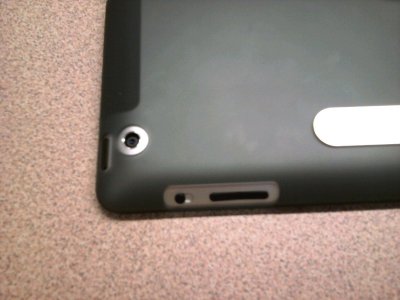 Yup it is not slip. Got that matte feeling to it.

I'm surprised that the secure fits that perfectly. How is it clipped on to the edges?

exile said:
I'm surprised that the secure fits that perfectly. How is it clipped on to the edges?
Click to expand...

It's identical to your Snap Shield for the new iPad photos. 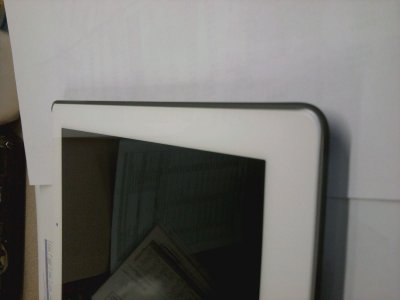 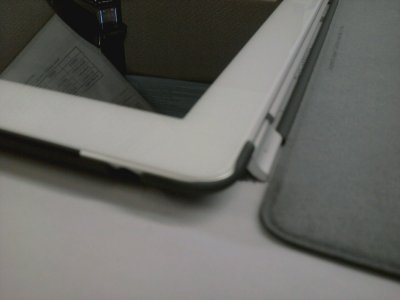 No way... Its exactly the same lol

Strange... So the third gen secure case that belkin is marketing "for the 3" is just the secure for the 2; but in different colors..

Thanks for the photos zman!
M

There's nothing confusing, my friend

Belkin Snap Shield Secure for iPad 2 works great for new iPad. If you find a great deal on one, grab it! It's actually on sale at Target this week for $19.99.

Snap Shield Secure is not the same as Snap Shield. The Secure version has the metal strip (see photo above) for the Smart Cover to cling on.
Last edited: Mar 23, 2012
I

I just got a belkin back cover for my new iPad, it's a frosted color, not exactly clear. It snapped on pretty easily. I tried the one for iPad 2 and it did not snap on securely.

I'm trying to decide if I'll keep this or just get a full case for my iPad. I want to make sure my investment is well protected. I have the smart cover on the front.
OP

I would say for the price of the new snap shield.. might as well just preorder the secure model so you got the magnet to hold the smart cover. I'm really tempted to just cancel my preorder for the navy blue secure and get the clear one... Hmm...

Hey,
I have this case too, I would highly recommend it (as much as a noobs recommendation is worth :-D) although it does feel a little loose compared to the iPad 2 snap shield.

Cheers
You must log in or register to reply here.

Review of Cardinal Case for iPad 2

Vine for iOS Gets a Redesigned navigation, New Sharing Options and More