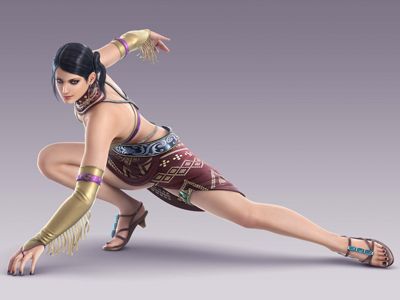 In an interview with Gamezebo last week, Namco Networksâ€™ General Manager of Apple Games, Jon Kromrey, was unequivocal in expressing Namcoâ€™s wholehearted support for the iPad as a games platform.

â€œThe iPad will be the new media device that sets the standard for all publishers and developers around the world. The iPad can create an experience that varies from the iPhone through its visually stunning graphics â€“ on a scale not yet seen on a handheld device â€“ and the improved wireless connectivity.

Namco Networks is more excited than ever about creating AAA games that take full advantage of the gorgeous 9.7 display, improved wireless Wi-Fi/Bluetooth, the blazing 1GHz A4 chip, HD and double-pixel support at launch.â€
​
Wow! And as further proof of Namcoâ€™s support, Kromrey revealed that Namco is planning to release an iPad-compatible game in March. Could that game be Tekken? Pocket Gamer has already revealed that Namco is bringing Tekken to the iPhone very soon, and puts forward the very plausible theory that it will also be iPad- compatible.

By Maura Sutton,
{Source: Gamezebo, Pocket Gamer}
You must log in or register to reply here.

M
Plants vs. Zombies Gets Major Update Including Zen Garden for iPad Version

Are iPad Games Too Expensive?