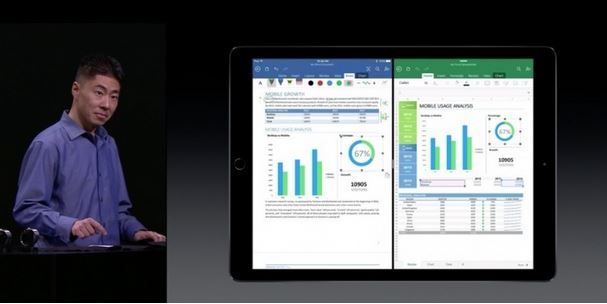 Possibly one of the biggest surprises of today’s Apple event occurred when Microsoft’s Kirk Konigsbauer appeared onstage to demonstrate Office for iPad on the new iPad Pro, and in particular how well it works with the Apple Pencil in apps such as PowerPoint, including shape recognition for 20 different object types. With the new pen tools, colour wheel and thickness control, you can draw on a document and then view the result on any MS Office app on any device.

Konigsbauer also showed how the iPad Pro can handle Word and Excel multitasking side by side.

While this might seem strange to see Microsoft supporting a rival tablet to its own Surface Pro tablet, as The Verge notes, Microsoft is keen to focus on being an app and service provider across a wide variety of platforms, not just its own devices.

It is also very keen to ensure that Office achieves the dominance in the tablet market that it already enjoys in the PC market, and this is therefore a means to that end. 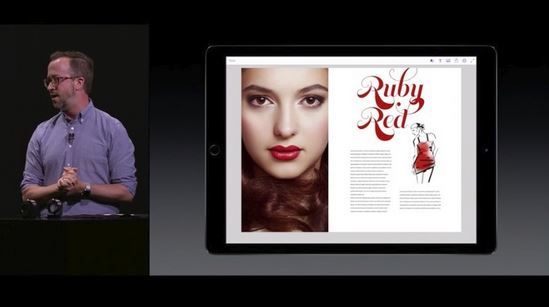 Interestingly, right after Microsoft showed off Office on the iPad Pro, Adobe was then invited up next to showcase its software on the new tablet, and especially a new suite of apps including Adobe Photoshop Fix, a retouching app that can process 50MP images. Again, multitasking features were very much to the fore in this demonstration. Adobe Photoshop Fix will be available exclusively for iPad in October.

The Apple live blog: the iPad Pro, the future of TV and the iPhone 6S

The introduction of Microsoft at the event felt like it was right out of the Twilight zone.

Of course it's not the first time Microsoft has had a place on the stage at an Apple event, but still, it was weird.
You must log in or register to reply here.

Microsoft Office for the iPad