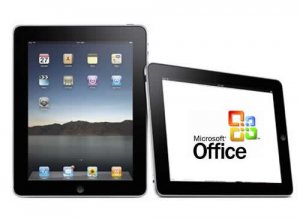 A few days ago we were sharing with you the news that under a new CEO, Microsoft could finally release an iPad application for the Office suite of products containing such popular software as Microsoft Word, Excel, PowerPoint and others. This isnâ€™t just a regular rumor, as it seems that on a special event that will take place on March 27 and will focus on mobile and cloud topics, Satya Nadella and his team will unveil the much expected app. The event will be Nadella's first major public appearance since his appointment. Bernstein Research analyst Mark Moerdler estimates how much money an Office version for the iPad could bring Microsoft:

We estimate that if 10% of the iPad install base were to subscribe to Office then this could add 15 million subscribers and generate $1.1 billion to $1.5 billion in consumer Office subscription revenue per year
Click to expand...

Microsoft shares rose as much as 5% to $39.90 on Tuesday, adding a significant $15 billion to the company's market value. This means that Microsoftâ€™s stock was up about 10% since the announcement of Nadella's appointment on 4 February. This represents the peak in the last 14 years, as the last time when Microsoft shares have last touched the $40 mark was in July 2000. Of course, a pretty important factor for this sudden increase is the enthusiasm over the new CEO who is known to be a cloud and mobile pundit.

Google is challenging Microsoft's Office software business with its free Google Drive application, which comes with spreadsheets, presentation and word-processing tools so if Microsoft takes the right approach with their cross-platform strategy, maybe they have a chance in retaining customers who like mobile-focused products.

Once again, I find that they are very late to the party but it will still sell well. You have to wonder though how dominant it would have been if MS had released office for the iPad back when the iPad first came out? Would have sold billions of copies!

I don't know how this would work put. iWork is already free for newly bought devices, Apple will limit it as always, and its too late for them to make it available for the iPad!

Not your average gamer, ~S~
You must log in or register to reply here.

Microsoft Reportedly to Unveil Office for iPad on March 27