How many people who have used their iPad for a while now ever consider that this device is just a larger version of an iPod Touch??

if it a supersized ipod touch then great i am all for it ..
G

Not at all. It isn't really like anything else. It's not like a laptop, nor is it anything like the iPod Touch....it is an iPad. And there are plenty of other things coming out that will be like an iPad...but the iPad is pretty unique.
J

I think that's a double edged sword. It's similar in that it's touch screen, runs apps, and has a similar interface. However, that should not downplay it's usefulness, improved battery life, increased viewing/interfacing area.

The landscape area allows it to do MUCH more than a touch/iPhone. Because of it's size, it has more practical uses than the touch does. however, there is still a place for the touch/iPhone as they're ultra portable (belt/pocket/purse) while the iPad is less so.

For example, I had a remote desktop app on my iphone, it drove me insane, the screen was just to small. Add to that my battery life was atrocious. Now I'll have a much easier time.

So is it a super sized touch... sure. Its a super sized, ipod touch that's faster, has better battery life, it's prime usefulness however, isnt in it's ability to store and play music; but in it's huge viewing/interfacing area.

I find it quite curious that when people ask this question (as I've heard it asked / or stated at least a dozen times) it's said in such a way as to be derogatory: "it's JUST a large iphone or iPod Touch" But in fact that is what opens the horizon for this hardware and makes it so special.

Imagine I have you a one ounce gold coin - you would be happy. And then I gave you a gold coin that was 15 times the size and weight. Would you be happy - or would you say that it's just a larger version of the original gold coin?

What if I have you a really neat Porsche - one that was a foot long? You would hunker down on the floor and push it around - perhaps use the remote control - yelling "vroom vroom" as it cornered around the kitchen table. Now imagine I gave you a Porsche that was a lot larger - let's say the size of a car. Would you then say "this is nothing more that a larger version of my favorite little car?

See - this is really an unfair question. 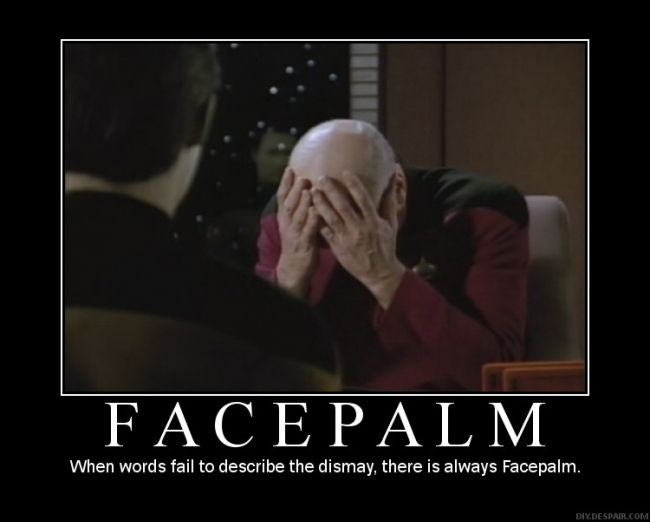 Is this the first facepalm used on iPadForums?

Yeah and it is a lot easier to surf on it.

I have a Touch and this is nothing like it.

Seen this inference now for months, and I still don't even see the point.....

There are some similarities but it stops there. This device will create an all new category.
I

Who cares. It's usually uttered by some one who has never used one, and has no idea what they are talking about.

I usually reply, yeah, it's like a big Itouch, what's your point?
A

This is as promised.. This is a bridge between our iPhones (itouches) and netbooks.. Truly is a magical device
A

Yea, a REALLY big super iPod touch with an Apple-A4 1GHZ processor chip with super resolution and its faster. Plus who cares? The iPad is amazing.
Last edited: Jun 29, 2010
You must log in or register to reply here.

Question About Apps And Transfer...