Lords of the Fallen Out Now 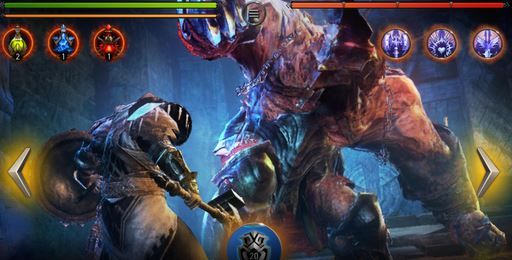 Sniper Ghost Warrior developer CI Games’ iOS version of Lords of the Fallen has finally arrived in the App Store. The original console version was first launched in 2014 to great critical acclaim, as well as receiving several nominations for German Computer Game Awards in 2015. This new mobile version is set in the same universe and comes complete with epic battles, big monsters, and gameplay that has been tailored to suit touchscreen devices.

The 1-on-1 combat mechanics are swipe-based, with each character having their own combat style, all of which can be customized and trained to improve various skills. Players can use materials that they find in the game to craft weapons, armor, and amulets.

The storyline sees three brave heroes—a warrior, a cleric, and a rogue—embarking on an epic quest into Keystone, the forsaken monastery of Demon Queen Akasha, in a bid to kill the queen and crush the curse that has brought nothing but chaos to the kingdom.