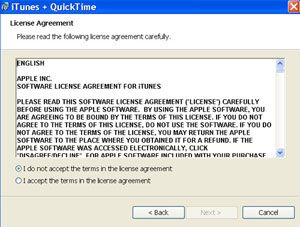 When I see a licensing agreement come up, I'm normally just looking for the "next" or "I Agree" to continue on my happy way. Well, thankfully all of us are not that way. Macrumors has dug into the iPad software licensing and found something that has sparked the interest of many. According to the documentation, it appears that the next major software update for the iPad will be free but future versions will come with a price tag.

Apple will provide you any iPad OS software updates that it may release from time to time, up to and including the next major iPad OS software release following the version of iPad OS software that originally shipped from Apple on your iPad, for free. For example, if your iPad originally shipped with iPad 3.x software, Apple would provide you with any iPad OS software updates it might release up to and including the iPad 4.x software release. Such updates and releases may not necessarily include all of the new software features that Apple releases for newer iPad models.
​
While iPhone users have enjoyed major software upgrades for free, this hasn't been the case for iPod Touch users. Let us know your thoughts!

no surprise...the iphone updates are "free" because the users pay monthly....the iPod Touch/iPad as a one time investment. Of course their going to charge for major updates....ever seen a major Windows release for free? OSX major releases have been cheaper lately but still not free....if the iPad is anything like the Touch it will be $10.....big deal.
OP

I agreee, I'm sure the new features included in a major OS upgrade will make it worth it! Heck, look at the last minor OSX upgrade. Even for $30, it was a deal.

For milestone releases with major bumps in functionality... I have no problems at all in paying to upgrade the OS. We won't be paying for bug fixes, security patches, etc... just major releases with new functionality (which I'm fine with).
I

Could it be that they are planning major hardware updates (camera, USB ports, DVI port, etc...) which will make newer software version incompatible. Similar to the options available on the 3GS that are not on the 3G? I'm a developer and I can understand them choosing not to do the 'compatibility-dance' with the iPad as they did with the iPhone.


gentlefury said:
no surprise...the iphone updates are "free" because the users pay monthly....the iPod Touch/iPad as a one time investment. Of course their going to charge for major updates....ever seen a major Windows release for free? OSX major releases have been cheaper lately but still not free....if the iPad is anything like the Touch it will be $10.....big deal.
Click to expand...


I am a Mac/iPhone developer, but I also develop Windows applications as well... Even though Windows development pays my mortgage, I can honestly say that since WinXP, all Windows releases have been patches and bug fixes!! Windows 7 is a huge patch to make Vista actually work!! Instead of making it part of their MONTHLY patches, they decided to call it something different, add a few bells-n-whistles, and... charge for it!
You must log in or register to reply here.

We get at least one major OS upgrade for free

Apple Prepares a Software Update for iPhones and iPads Before iOS 8.2 Gets Released