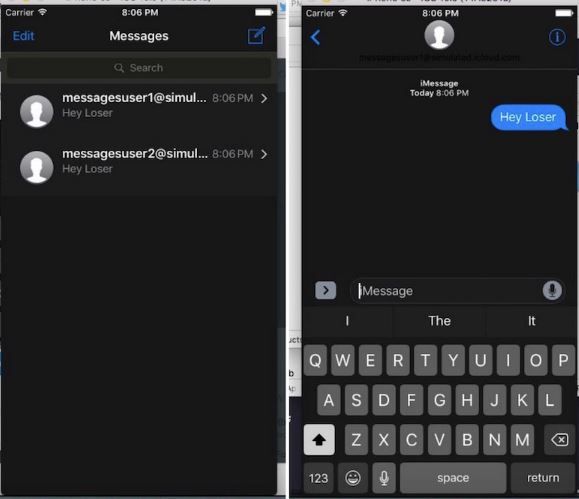 Despite Apple not officially announcing a “Dark Mode” in iOS 10 to go with the one that was announced for Apple TV, MacRumors reports that developer Andrew Wiik appears to have discovered what looks to be an early version of Dark Mode in the first iOS 10 beta in Xcode.

Wiik has tweeted pictures of several screens of the mode in action, in particular a dark version of Messages. Another user replied to Wiik’s tweets with their own pictures of dark versions of Clock, Safari, and iTunes.

While various iOS apps such as iBooks already have their own form of dark mode, beta tester Mac Aficionados said via Twitter that this new Dark Mode that has been discovered is system wide, offering a darker tone across all apps.

Posting again on Reddit, Wiik said that “Apple has implemented the feature it just isn’t available for us users yet.” He also said that he hopes it will not be an iPhone-7-only feature.

This is what you get if you ask Siri to enable Dark Mode. 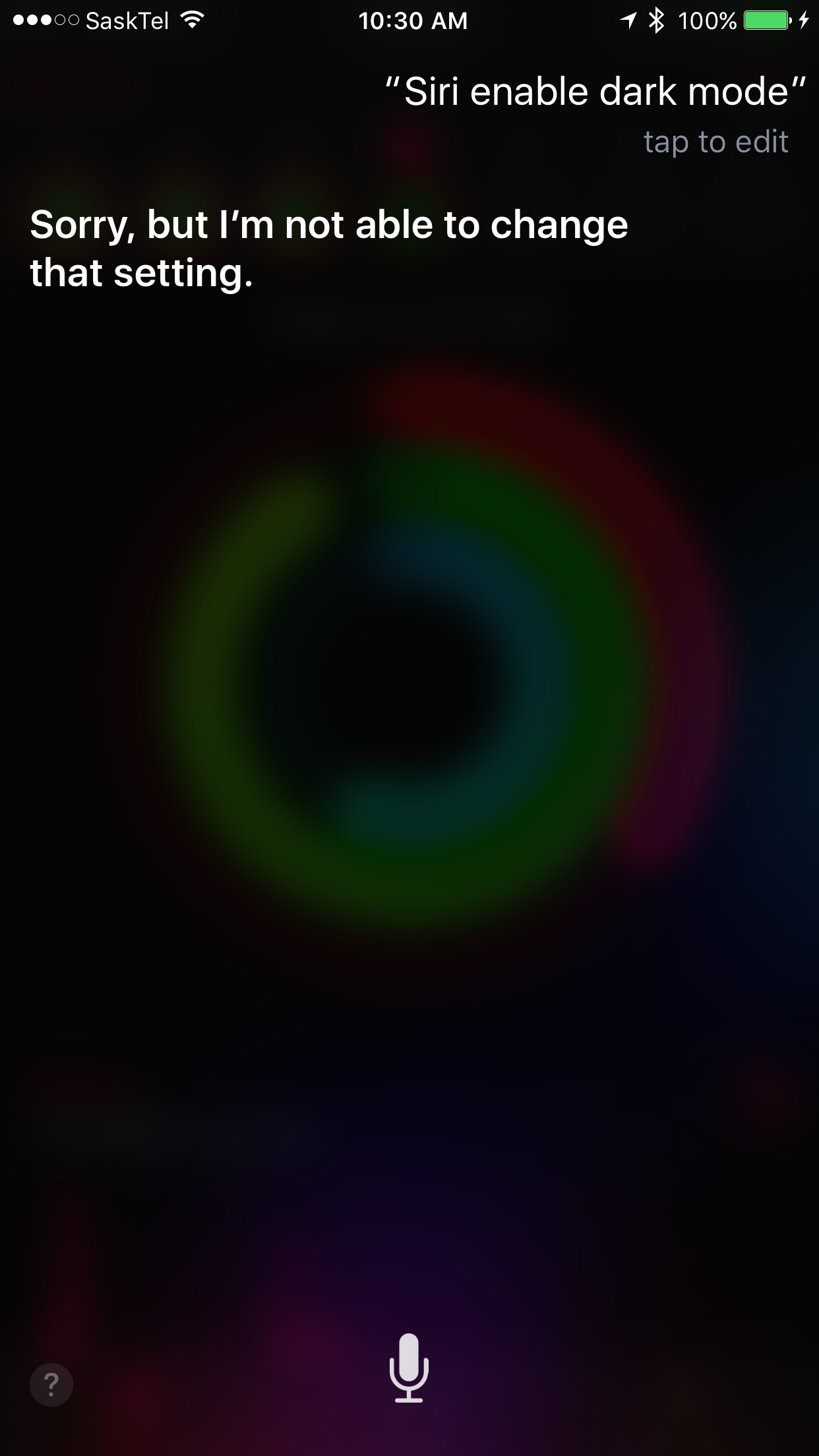 This implies that Siri recognizes it as a valid option but can't yet activate it.
You must log in or register to reply here.

M
Indie Platformer George: Scared of the Dark Out Now