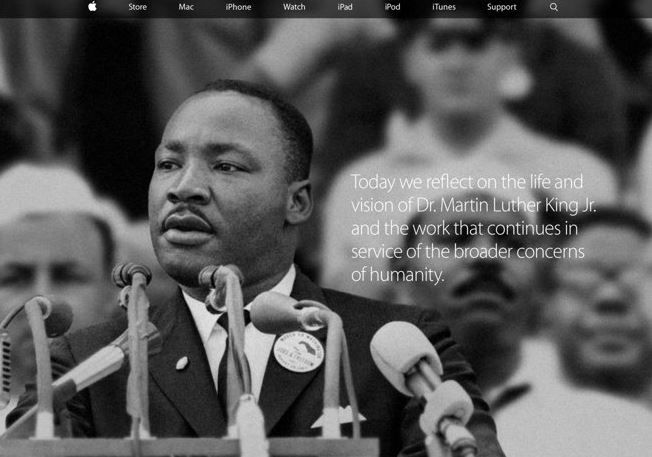 Only in the most exception circumstances does Apple bestow such an honour, and it shows the great regard that Apple has for the assassinated Civil Rights leader.

Apple CEO Tim Cook has been quoted as saying in the past that Dr. King is one of his own personal heroes, and today he announced on his Twitter page that Apple would be “Honoring the life and legacy of Dr. Martin Luther King, Jr.”

Martin Luther King Jr. Day was created in 1983, and is celebrated on the third Monday of January, as close as possible to Dr. King’s birthday, which was January 15.

The only other times that Apple has dedicated its homepage to a single person were on the deaths of co-founder and CEO Steve Jobs and board member Jerry York.

Tim Cook Publicly Announces That he is "Proud to be Gay"

M
Today Would Have Been Steve Jobs’s 62nd Birthday