What do you think you'll use your iPad for?

I heard a news about a new Tablet PC. GS(GoldSilver Tech)Co.LTD released the latest NO.1 invention patent touch Tablet PC with 7.0â€™â€™ capacitive screen.It has more invention patent functions than IPAD and IPAD2.
1) GSM (Global System For Mobile Communication）telephone function.Itâ€™s the first Touch Tablet PC which can be used as a telephone.
2) The digital TV signals and analog TV signals can be received.
3) Built-in 3G Module,you can go to internet. Not only this, but also it has bulit-in Router Module so that it can be used a 3G router.( 4 or 5 devices can go to internet at the same time by only one 3G Card in this product)
4) The battery can be replaced. Long standby time,and it can work for more than 10 hours for talking.
5) The back camera is 5.0 Mega Pixel,whatâ€™s more,the back camera can be used as barcode scanner.
6) GPS navigation function.
7) Other functions same as other touch Tablet PC.

I want to purchase one.
B

I use mine whilst working away in my truck, as a navigation device and email, websurfing etc.
B

Also, for mobile tv via, tvcatchup and newspapers which cvan be handy too.
B

Here is a photo of how I have fitted it into my truck, a Volvo FH12 here in the UK.

As you can see I have plenty of room, so with a roll of velcro, the ipad was in!! 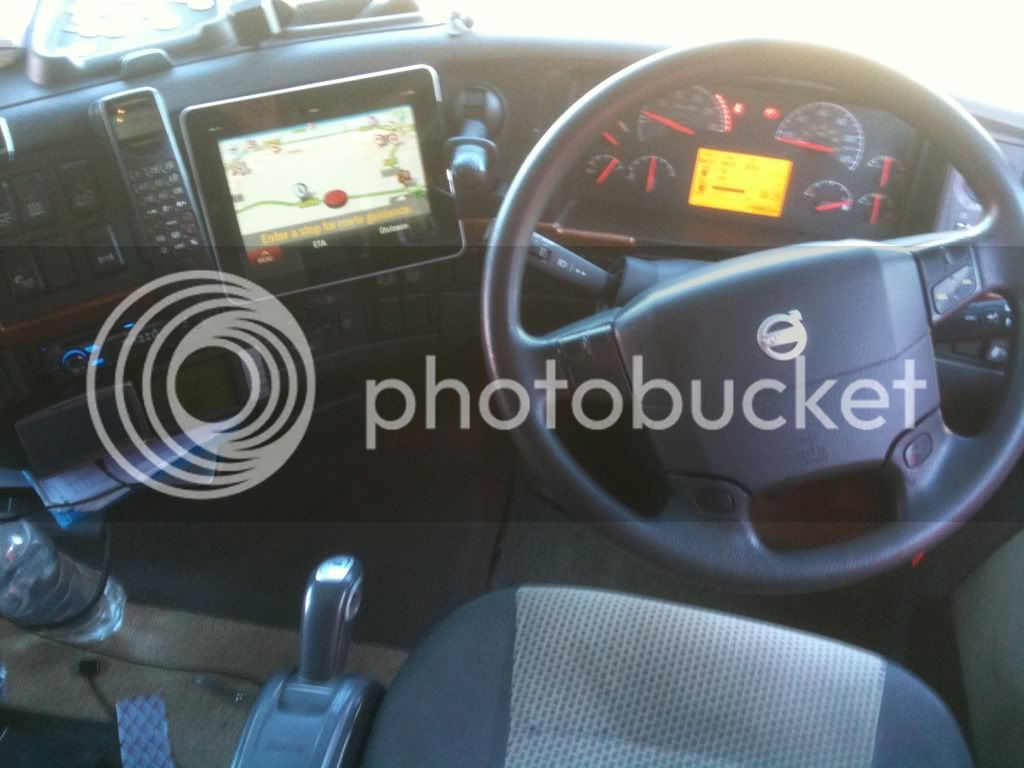 Here are the pictures of that company(GS(GoldSilver Tech)Co.LTD)? Anyone knows? Can you give me some advice?

I bought the ipad2, I mostly use it to get online and and pay bills watch video normal kinda things, but it also services well for the kids when in the car and they want to watch a movie, it was better than having a tv installed cause it does so much more. The wife does use it for farmville and I do use it for use light gaming, but really its my new laptop I will use this to do things on the go and now the kids can have the real laptop.
C

I wanted a tablet that I could watch movies on while traveling, but also check my email. Hoping the Ipad 2 is worth the wait.
J

clesen said:
I wanted a tablet that I could watch movies on while traveling, but also check my email. Hoping the Ipad 2 is worth the wait.
Click to expand...

Have you set up your email yet?

I am thinking I might need to get a GMail account, since the iPad and my ISP do not play well together.

It does work well for movies when travelling, although mine does not have the stand/cover that the iPad2 has. I ordered a case that converts to a stand and I hope it works well. If I were buying the iPad2, I would definitely splurge for that new magnetic cover.

You and me both. I'm holding on to my 64gb iPad until the iPad 3 is announced so it had better be good.

jollywa said:
Have you set up your email yet?

Gmail works nicely. Calendar and addresses (as Exchange) sync well also. I never use ISPs because I may change services.
M

internet, movies when I fly, games, reading books
A

Still waiting to purchase mine, but it's good to see another person wanting to use it for reading digital books. Is there a thread devoted to e-books on the iPad? I would like to learn more and see what other people's experiences are.

Also, I plan to use it to connect to the Internet on the go, take notes at conferences, and other such professional uses.
Thanks
A in NYC

I use mine for both entertainment and business.

Sent from my iPad 2 using Tapatalk

I
What do you use to protect your iPad?

B
What is the least sophisticated thing you use your iPad for?