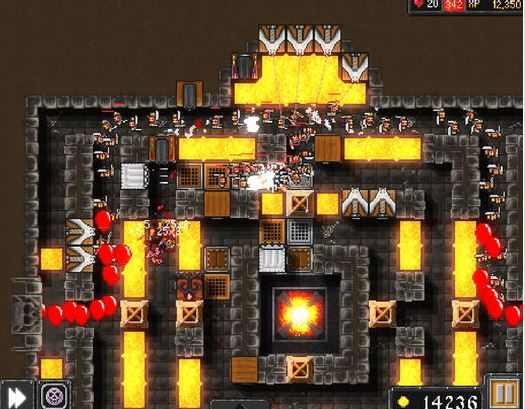 In the game, which currently has a 98% positive rating on Steam, the player is a dungeon lord who has to defend his dungeon against adventurers. The more enemies you defeat, the more traps and utilities you’ll be able to buy.

There are 26 different traps in all, with three upgradeable tiers each. These include pain-inflicting traps such as Dart Trap, Spike Trap, Bolt Trap and Inferno Trap. Also, physical traps that throw warriors into the dark abyss, such as Spring Trap, Harpoon Trap, and Push Trap.

You can even use the environment against your enemies by rolling a massive boulder at them and crushing them, corralling them towards a minecart track, or sending them into an ancient lava pool.

There are 40 different types of enemy bases, 12 difficulty mode runes, and 30 achievements to unlock.

The game has several modes, including the ever-popular endless mode, which can be unlocked after you’ve obtained the Infinity rune.

Source: Apple App Store, Awesome tower defender Dungeon Warfare is out now on iOS, Android coming soon
You must log in or register to reply here.