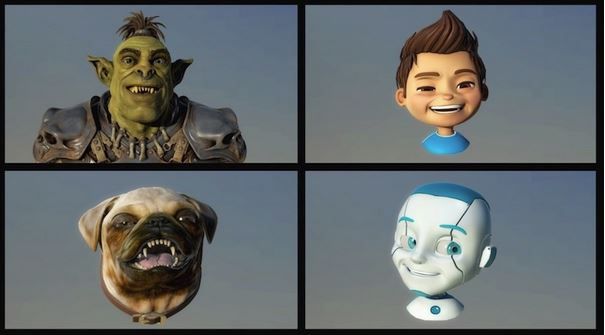 MacRumors writes that it believes that Apple may have recently acquired Swiss real-time motion-capture company Faceshift, which has been working with game and animation studios on developing technology that can capture facial expressions using 3D sensors. Faceshift has also been working on releasing its own Faceshift Studios software with plugins for animation software such as Maya and Unity.

Other projects that Faceshift has recently been working on that might possibly be of interest to Apple include consumer-facing software such as a plugin for Skype that would enable real-time video chat avatars.

Faceshift was founded in 2011 at the Computer Graphics and Geometry Laboratory at the Swiss Federal Institute of Technology in Lausanne, and has impressed industry insiders with its tech demos. In 2013 Doug Griffin, previously with Industrial Light & Magic and Electronic Arts, was recruited to run the San Francisco office.

MacRumors has done some sleuthing on this matter, asking people in the know about this rumour, and while they say that it has not been explicitly confirmed, it has not been denied either. One of MacRumors sources even went so far as to confirm that Apple is interested in face-tracking technology.

Source: Real-Time Motion Capture Firm Faceshift May Have Been Acquired by Apple
You must log in or register to reply here.

Apple Acquires Augmented Reality Company Metaio, Could use its Technology in the Mapping Application