I have an iPad Air (model MD786LL/2 for what that's worth) running IOS 10.0.2. When I upload photos, for example to Flickr, from the iPad Photos app (the native one with the colored petals) I am asked for a "Title of your masterpiece". If I enter something here every photo selected to upload carries that same title. If I enter nothing every photo uploads with no title. The same occurs when I email photos to FlickR, the subject of the email becomes the title for all photos sent.

What I want to happen is that photos upload as a default with the Filename assigned by IOS in lieu of a title. Does anyone know how that can be done? The reason to want to do this is that photos can then be sorted by name to be in the order they were shot, as well as each can be uniquely identified without my having to upload every single picture with a unique title. Surely there must be a way. An app someone may know of?

The Photos app does not add a title to it's metadata; just a file name (which is some letter/number combo); so there is not title for Photos to automatically pass onto Flickr.

Photos will retain title metadata for photos you import, and that should end up in the Flickr photos, but Flicker probably doesn't use it when displaying titles. Instead they use a title you assign through their site, one that does not get permanently attached to the photo.


However, if you visit Flickr in Safair instead of the Flickr app you can enter a view that allows you to easily edit the titles of your Camera Roll (which should show your most recent uploads first).

Because the site like to bump you to the app, you may have to trick it. If it takes you to the app, go back to Safari and long press on the little circle/arrow icon in the URL field. It should show a Request Desktop Site option. Choosing this will give you the full desktop browser interface.

This is easier than selecting and editing the information on photos one by one, as you have to do in the app. 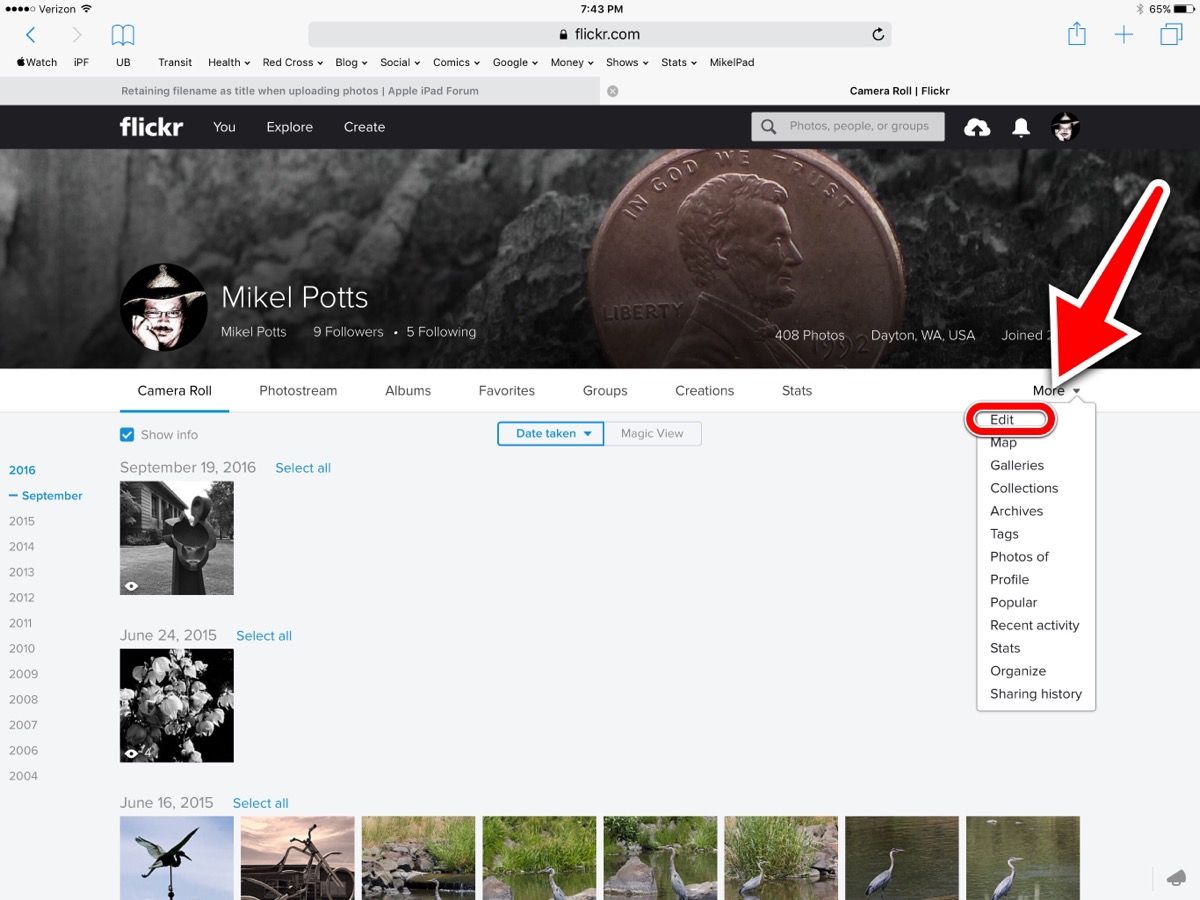 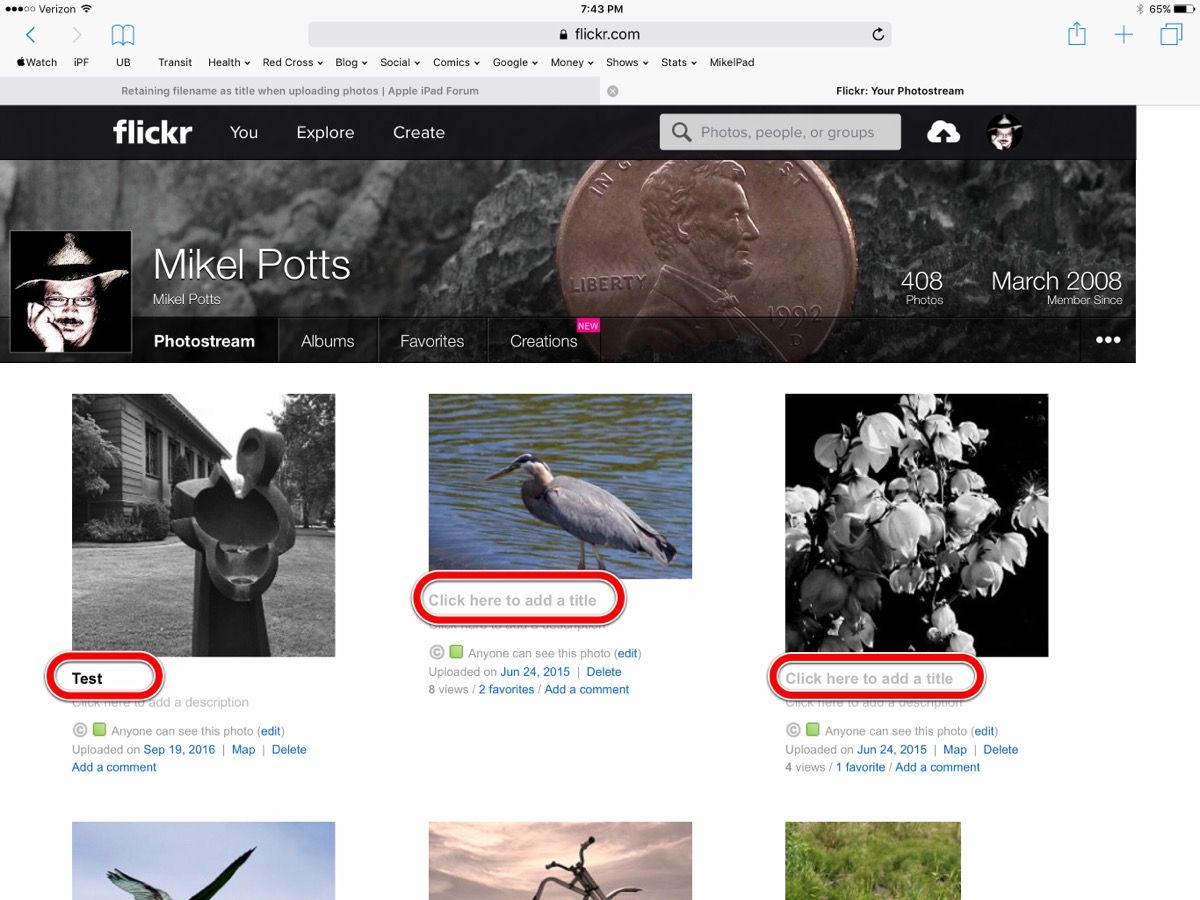