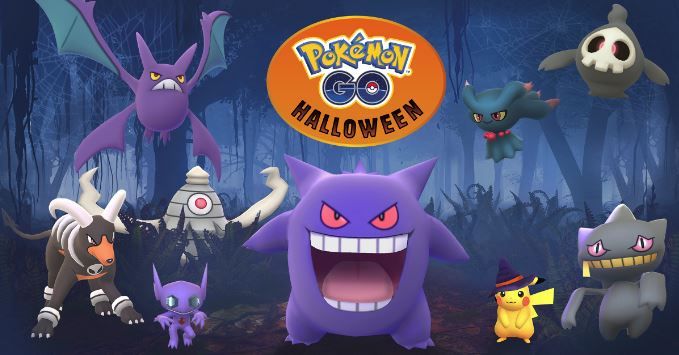 Niantic has just announced Pokémon Go’s second annual Halloween trick-or-treat extravaganza, which starts today and runs until November 2. During this time there will be many more spooky Pokémon around than usual to catch, including Gastly, Drowzee, Cubone, and more. Even better, Sableye, Banette, and several other Hoenn-region Pokémon will be appearing in Pokémon Go for the first time ever. And that’s not all, as the rest of the Pokémon Ruby and Pokémon Sapphire Pokémon will be arriving as soon as December.

You’ll also be able to catch a special Pikachu in a Halloween costume, and Mimikyu’s Disguise Hat is available as a free gift for your avatar from the Style section. Candy rewards for catching, hatching and transferring Pokémon will be doubled, and your buddy will find Candy twice as fast as usual. And finally, you will be able to purchase special boxes from the in-game shop, featuring such goodies as Raid Passes and Super Incubators.