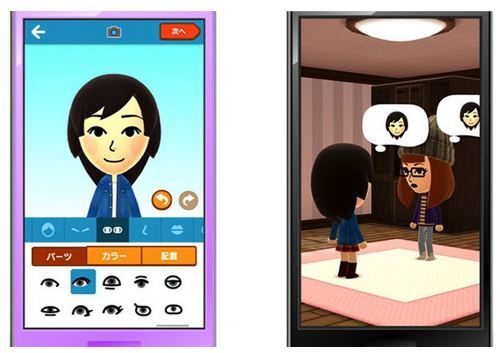 Nintendo announced today that it will launch its first-ever smartphone-only app sometime in March, with a pre-registration process for the communications app kicking off on February 17. The pre-registration process will involve users registering for a new Nintendo Account via email, social network account, or their current Nintendo Network ID. Those who pre-register will receive early notification of Miitomo’s release date, and a special bonus, yet to be revealed.

AppleInsider reports that the app, Miitomo, is actually more of a “social experience” than a game, giving players the ability to learn about other users via their Mii avatars that are also used on other Nintendo devices. You will be able to use your Mii to ask and answer questions via the app. Mii photo sharing will also be supported, and there will be a connection to a My Nintendo rewards program.

It has to be said that when Miitomo was first announced back in October last year, many Nintendo fans were underwhelmed, having hoped for the holy grail of a Mario or Zelda smartphone game, rather than a Mii-based app. However, with this in mind, Nintendo has also revealed some more encouraging news today, saying that the second of its five apps that it has promised to release by the end of 2017 will feature a familiar character! Will it be Mario, Yoshi, or Zelda’s Link? Or even Luigi?! We can but hope, and wait and see. One thing’s for sure, 2016 is a big year for Nintendo, with a new console on the way, the NX, and possibly a hand-held device as well, with the company attempting to get back to winning ways with an integrated approach across several platforms, including smartphones.

Source: Nintendo's 'Miitomo' coming to iOS in March, pre-registration starts Feb. 17
You must log in or register to reply here.

M
Nintendo to Release First iOS App in US This Thursday