Nintendo to Release First iOS App in US This Thursday 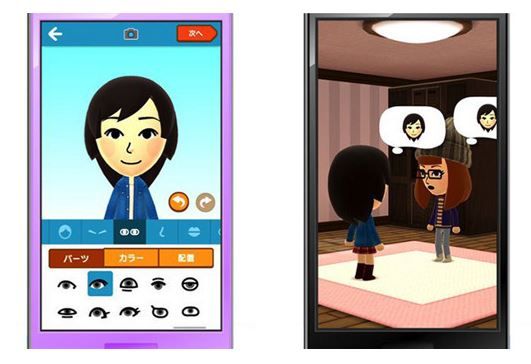 It sure has been a long time coming, and you can’t help but feel that Nintendo has been dragged kicking and screaming into the world of iOS gaming against its will, but as AppleInsider reports, Nintendo is about to release its first iOS app.

Entitled Miitomo, the app may not be the Mario/Zelda/Kirby/Luigi-fest that many fans have been waiting for, but it certainly looks a lot of fun, and is a fairly gentle and safe way for Nintendo to make the acquaintance of iOS users.

Miitomo is referred to as a “social experience” by Nintendo, where users get to either create their own Mii avatar, or they can choose to import one of their Wii U or Nintendo 3DS Miis via a QR code. You can also add friends from your real life to the app, or people from your Twitter or Facebook apps.

It then acts like a cute Nintendo-themed messaging service, asking you questions that are designed to kick off a fun conversation. If someone likes your answer, or you like their answer, you can reply with a heart icon, picture, or comment. Nintendo users will be very familiar with such activities on Wii U and 3DS, and will probably really love getting the chance to do the same on their iOS device.

And as for that Mario- or Zelda-themed game? Well, Nintendo has given absolutely nothing away on that front, but it still has four more apps to launch by the end of March 2017, so you never know!

Source: Nintendo's first iOS app, Miitomo, launching in US on Thursday
You must log in or register to reply here.

May 15, 2017
Maura
M
M
Nintendo Turns its Attention to Mobile, Including Hardware Controllers for iOS