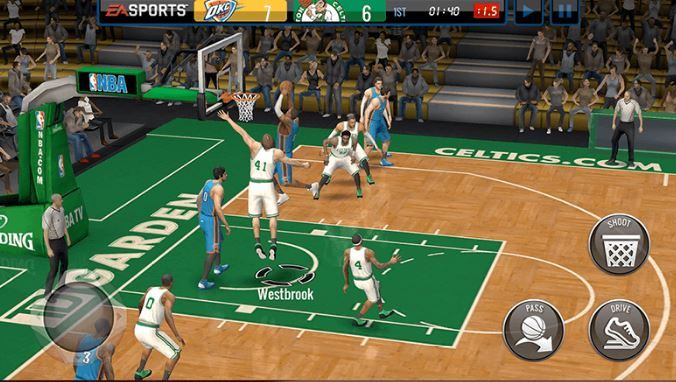 Electronic Arts has released a fantastic new game that should come to the rescue of NBA fans suffering basketball withdrawal during the summer months. NBA Live Mobile sees players getting the chance to build the ultimate 5-on-5 squad, ensuring that they can stay connected to the league all year round.

Live Events include daily challenges, for example, “Make a comeback with Jimmy Butler in your Two-Way lineup to earn a collectible that can be used in Award Winners sets.”

Playing in matches earns you coins and other rewards that can be used to help you build up your favourite NBA franchise as you take on the role of GM and assemble a team of hard-to-beat ballers, complete with current NBA superstars as well as past legends.

The intuitive touchscreen controls let you play ball by tapping and swiping your way around the court in the free-to-play game. Fans can expect live service content updates throughout the year, which sounds like an absolute bargain.