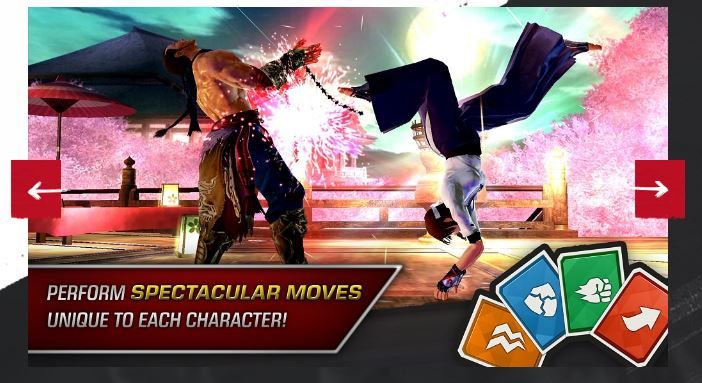 TouchArcade reports that Bandai Namco has just soft-launched Tekken Mobile in Canada. The all-new game has been built exclusively for iOS and Android by Bandai Namco Studios Vancouver.

The free-to-play game uses a Waza Card system with tapping for combos and special attacks. There are more than 100 characters in the game, with over 20 special moves for each character. Tekken has always had good story modes, as well as being a pure fighting game, and Tekken Mobile is no exception, according to TouchArcade, with a strong Story Mode, and other modes including Dojo Challenge.

PocketGamer writes that along with the game’s soft launch, Bandai Namco has also released a 47-second trailer to announce the launch. And if that leaves you wanting to know more, and you’re not lucky enough to live in Canada and be able to download the game immediately, you can pre-register at the official website where the more people who register, the more exclusive rewards you’ll earn when the game is launched globally. The first reward to be unlocked in this way is 10,000 coins and 100 gems, but there’s still some way to go, so hurry up and pre-register, everyone!

M
Tekken Card Tournament Gets Jin in a New Update