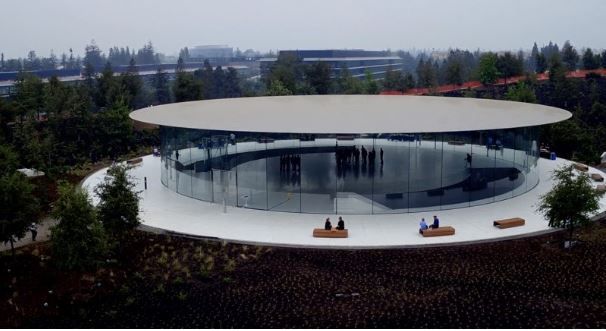 The 120,000-square-foot theater is situated in a 20-foot tall glass cylinder with the world’s largest freestanding carbon fiber roof. It has seating for 1,000 people, all of which will doubtless be filled at the theater’s inaugural event on Tuesday.

Elsewhere today, Bloomberg has taken an in-depth look at the theater, revealing, among many other interesting facts about the magnificent building, that each of the 1,000 leather seats costs approximately $14,000.

And lucky attendees at Tuesday’s event should prepare to be suitably amazed when, after the initial presentation, a wall within the auditorium will slide back to reveal the product demonstration room, which Bloomberg likens to “the Thunderbird 3 launchpad underneath Tracy Island’s circular pool house.”