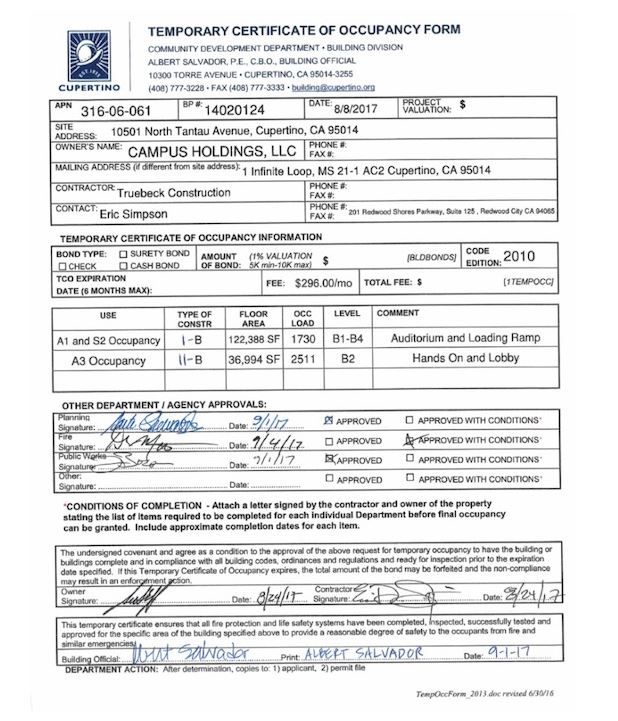 Just one day to go now until Apple finally unveils the new iPhone line-up as well as some other goodies, including an LTE Apple Watch Series 3. Fittingly, this will be the inaugural event at Apple Park’s Steve Jobs Theater. However, according to a report from VentureBeat, via MacRumors, work on the new venue was only just completed and approved in the nick of time, or last week, to be more precise!

VentureBeat today published documents that reveal that Apple didn’t actually get official approval for the event until the day after it sent out the invitations to the press on August 31.

The documents show that on September 1, 2017, officials in Cupertino, California, issued Apple a Temporary Certificate of Occupancy for Steve Jobs Theater, proving that the building had passed fire and safety checks. And while there is still some work to be done on the theater, it has, just in time, been certified as a safe venue in which to hold Apple’s big event tomorrow, in front of hundreds of members of the press and other VIPs.

We can’t wait to see what Apple will be revealing under that magnificent roof tomorrow at 10 a.m. PDT. We’ll have all the news for you here, of course, and you can watch it live at Apple’s website: Watch the Apple Special Event