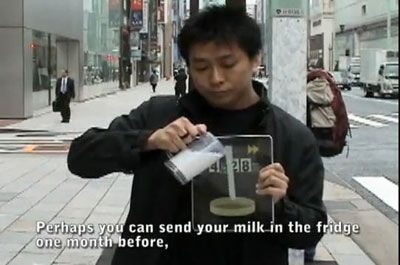 Check out this really cool video of Japanese street magician Shinya Uchida using his iPad to perform a magical presentation outside the Apple store in Ginza, Tokyo. The video, which has already been viewed over 700,000 times on You Tube, features Shinya using his magic skills and an iPad to demonstrate how communication has developed over the centuries, from smoke signals to words and books, right up to the present day with smartphones. He does this with a combination of real props such as doves and cheese, and a corresponding display on the iPad. It really is very clever and inventive, even if Apple might have had something to do with putting the whole thing together, as the more cynical commentators out there suspect!

Shinya has been a magician since 2000, and performing professionally since 2007. You can learn a little more about him at his website, let’s hope all this international fame the video has garnered will inspire him to come up with some more iPad magic, as it’s pretty amazing stuff to watch.

Check out the video after the jump...

Err what 'jump' and where's the video?
M

If you're at work it might be blocking the embedded Youtube video or same if you're surfing on the iPad...

But it's there for me.
A

It was there for me also,amazing video.

Wow that was amazing!
L

eher, seems really amazing, but I can't get the video open....
S

He's no David Copperfield or David Blaine.
I thought Steve Jobs would fall out of his sleeve as a grand finale....

Matth3w said:
If you're at work it might be blocking the embedded Youtube video or same if you're surfing on the iPad...

Oh yes it's here in this Forum. But in the News Forum at:

there is no video.

It took me a while to figure out were the hyperlink was.

Why do the editors of this site turn the traditional blue hyperlink into a grey background with a white text and which has no visible indication that this is where I'm suppose to 'jump' to.

that was awesome!
D

Very well put together. It flowed together seamlessly. Damn..lol wish i could do that with mines
G

ha, cool...he needs to work on the timing of the over the head stuff tho.
You must log in or register to reply here.

J
Magic Performance App for iOS - I can read your mind!