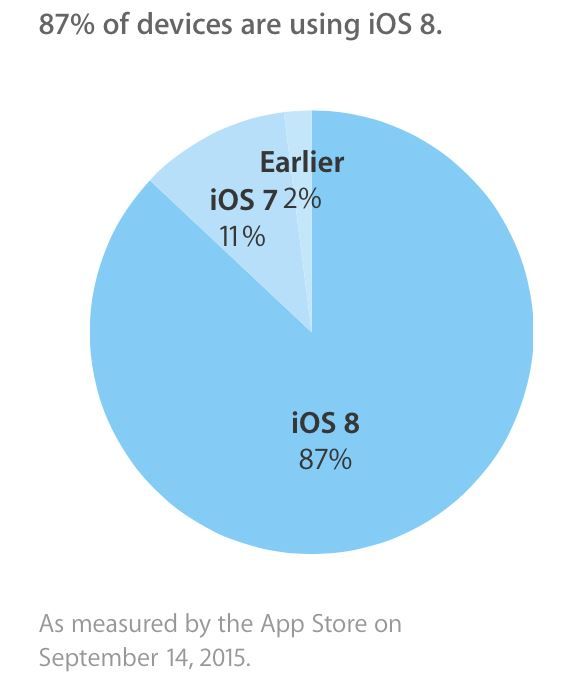 MacRumors reports that Apple has just published new figures about the uptake of iOS 8 on its App Store developer page, just before the launch of iOS 9 later today.

According to Apple’s figures, iOS 8 has now been installed on 87% of user's devices, which is a little slower than iOS 7, which reached 80% at the same time that iOS 8 reached 72%. The adoption rate of iOS 8 has also slowed somewhat since late April, when it was at 81%.

Mobile analytics company Mixpanel says that iOS 9 currently has a ~1.04% adoption rate, including public beta testers and developers. That is nothing more than the calm before the storm, of course, with iOS 9 being pushed to iOS users later today.

In comparison with iOS 8 adoption rates, the latest Android OS (5.1, Lollipop) is at just 5.1% adoption rate, but this is partly explained by the piecemeal way in which Android updates filter through to the customers.

Source: iOS 8 Adoption Hits 87% Ahead of iOS 9 Release
You must log in or register to reply here.