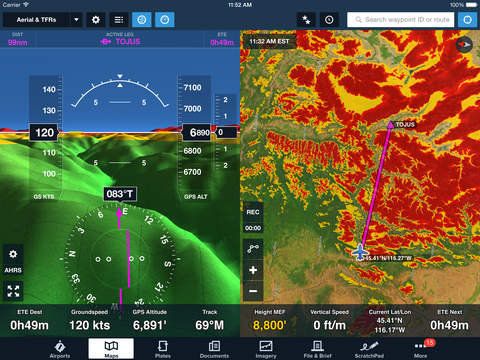 "We have learned of an issue with Apple iOS 8.3 that affects some early model Bluetooth GPS accessories, such as the Dual GPS 150 and Bad Elf Pro. When used with iOS 8.3, position information from these accessories may not be delivered to iOS applications, including ForeFlight Mobile. Stratus and Bad Elf Pro+ devices are not affected. Our friends at Bad Elf have escalated the issue to Apple for resolution."

As a workaround, ForeFlight is suggesting the following:

The company also advises not to upgrade your Apple devices to iOS 8.3 if you rely on one of these early model Bluetooth GPS accessories. The issue is said to be affecting 4G-capable iPads, so if you are affected by the problem, you can use a Stratus or the iPad's built-in GPS receiver.

Source: AppleInsider
Last edited: Apr 15, 2015
You must log in or register to reply here.

Sep 16, 2016
BanjoBiker
B
R
iPad letter of complaint to Apple: am I being reasonable?