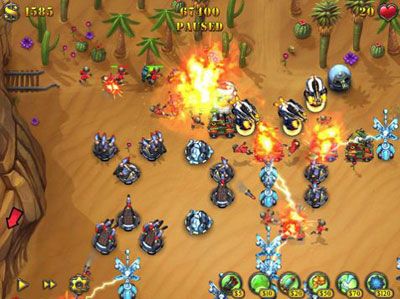 The award-winning Fieldrunners is one of the most popular Tower Defence games ever on the iPhone/iPod touch, so it was no surprise at all to see “Fieldrunners for iPad” leading the charge when the first iPad apps appeared in the iTunes store yesterday.

“We have chosen to name it ‘Fieldrunners for the iPad’ for a simple reason,” says Leo Montenegro, Creative Director of Subatomic Studios. “New features have been crafted to take full advantage of the iPad platform. It is not just another HD game port. You will still get to enjoy the same awesome game – with more fantastic graphics than ever – but we are adding new features that are game-changing, things that could not have been done on the iPhone. We are extremely excited as this brings the genre to a whole new level. When fans see what we have in store for them, they will be ecstatic. While we cannot reveal details just yet, let’s just put it this way: it’s one strategy, but double the fun!”

Here’s what Subatomic says iPad owners can expect from Fieldrunners for iPad:
“We have created an entirely new way of playing Fieldrunners,” says Jamie Gotch, CTO of Subatomic Studios. “Once the iPad has launched, we will be able to fine-tune and test these new features so we can release them to our fans. You can also rest assured that we plan to support both free and paid DLC for the iPhone, iPod touch and iPad well into the future.”

Fieldrunners for iPad is available now from the Apple iTunes iPad App Store for $7.99. 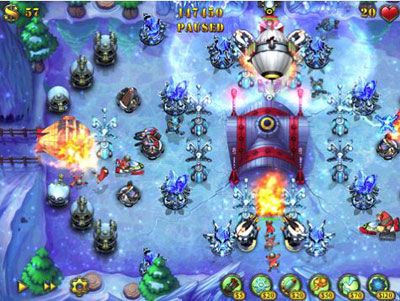 That's one of the games I've been looking forward to!
C

This game was great on the iPhone, I can't wait to try it out on the iPad.
You must log in or register to reply here.