Enterprise in Japan Goes “all iPad” 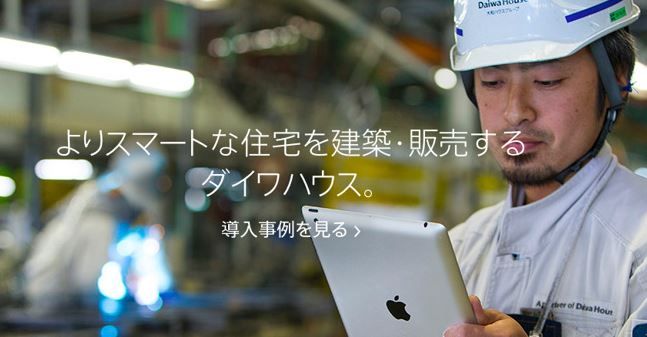 AppleInsider has posted a fascinating feature on a report that was initially authored by Architosh that says that leading firms in many different sectors of the enterprise in Japan are issuing thousands of iPads to their workers and standardising their working practices around iOS.

One such firm, Graebert, a leading CAD software developer, recently announced that it would be supporting iOS in such a way after realising that was exactly what many other firms in Japan were doing.

And while Android tablets are also selling well in Japan, it seems that Apple’s iPad range is held in particularly high professional regard by the corporate enterprise.

Apple’s partnership with IBM also helped Apple’s case in Japan, as design firms that use Graphisoft ArchiCAD have been keen to use iPads so that they can use the BIMx Docs mobile companion app.

On Apple’s iPad business page the company has profiled Daiwa House Industry, which is the biggest homebuilding company in Japan, and which uses iPads and custom iOS apps throughout its business, from designing and building tools to dealing with end-user sales and home management.

This strong adoption of the iPad in the enterprise is another of the reasons why Apple is launching the iPad Pro, in order to capitalise on that market.

Source: Japan's major architecture, engineering firms going
You must log in or register to reply here.

Apple Announces that iPad will be SIM-locked in Japan