Are These the First Leaked Photos of the Forthcoming iPad Pro 2? 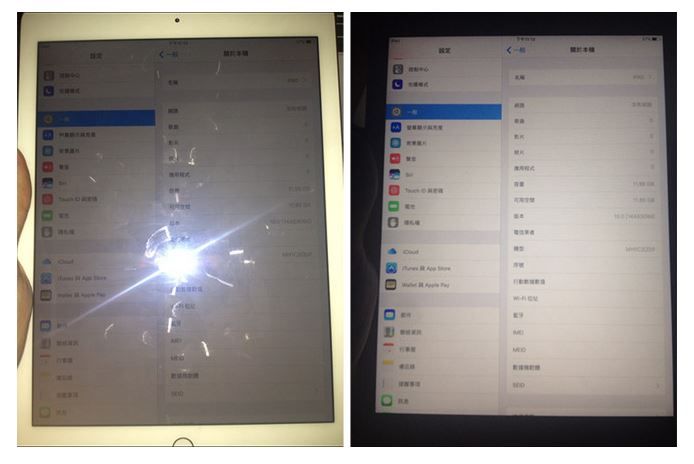 AppleInsider has posted two photos that it is claimed were taken by an employee working in Apple’s Asian supply chain, and that are said to be of the iPad Pro 2.

The images show an iPad with an unknown device identification number (MH1C2CD/F), but one that does follow Apple’s device numbering protocol.

The anonymous source who sent the images to AppleInsider claims to have obtained them from a Chinese supplier who is currently working on an iPad Pro model that will enter production in late September 2016.

The images don’t give much away about the finished product at this early stage; for example, the iPad Pro pictured only has 12 gigabytes of storage, which suggests that it is some sort of prototype or pre-production testing device.

AppleInsider says that it cannot vouch for whether or not the photos are genuine, although it does believe that Apple is planning to launch a refresh of the 12.9-inch iPad Pro sometime this fall.

Source: First photos of alleged 'iPad Pro 2' surface in China
You must log in or register to reply here.

12.9-inch iPad Pro Will not be Ready in Time for a First Quarter Release, Says Analyst