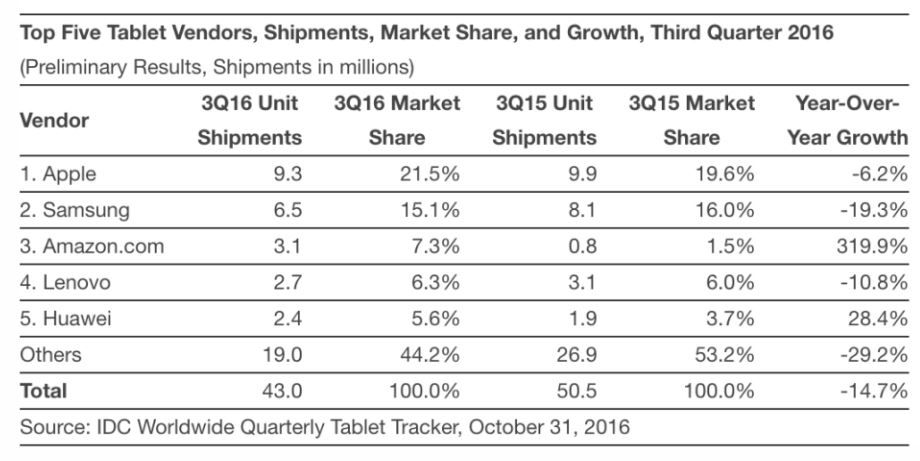 According to a new report from IDC, via 9to5 Mac, Apple has increased its lead in the overall worldwide tablet market.

Although the market has declined 14.7% year over year, with a figure of around 43 million total units shipped in Q3, this is in fact up 10% from Q2. Apple’s total market share for this time period was 21%, with 9.3 million units shipped.

IDC also said that Apple’s iPad Air and iPad mini have sold more units than the iPad Pro, even with the extra publicity blitz following the launch of the newest model. Even so, due to its higher price, the iPad Pro has helped to ensure that iPad revenues have remained stable year-over-year, despite Apple’s iPad shipments falling by 6.2%.

As far as Apple’s nearest rivals in the tablet market are concerned, Samsung holds onto its 2nd place position despite a 19.3% fall to 6.5 million units, and Amazon is in third place with 319% year-over-year growth.

IDC: Apple continues to lead the tablet industry with one-third of the market share