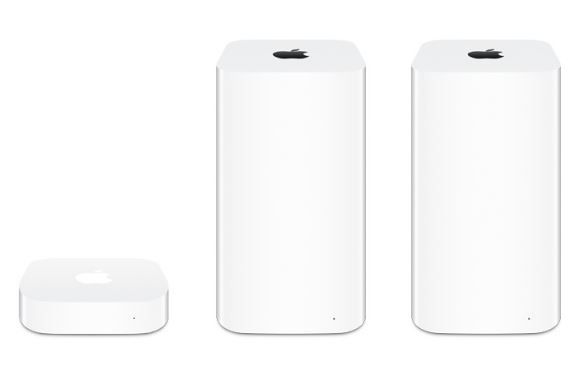 MacRumors reports today that Apple has signalled the cessation of its “AirPort” wireless router division by giving the engineers that were working on those products employment in other divisions, including an Apple TV product team.

While this is not exactly shock news, as Apple has been gradually closing the department over the last year, it is likely to be an unpopular decision with many.

According to MacRumors, Apple has made the decision in order to “sharpen the company’s focus on consumer products that generate the bulk of its revenue.”

However, as the originator of the report, Bloomberg, notes, “exiting the router business could make Apple’s product ecosystem less sticky.” This is because some of the AirPort routers’ features, such as wireless music playback, for example, need another Apple device such as an iPhone or iPad, in order to work. Could this maybe cause customers to look elsewhere for their mobile phones or tablets without the added attraction of buying into a consistent ecosystem?

Thanks to @KevinJS for the heads-up on this story.

That's a real shame as my Airport Express is the best router I've ever used. I suppose this is the end of the Time Capsule as well.

It looks that way. I'm really not sure what Apple's game plan is with this one. You'd think that routers are considered part of the core business, especially since they are pushing iCloud usage more and more.

Boy, that's bad news! When I switched to Apple in the Spring of 2013, my relatively new Cisco 802.11n router would not quite work w/ my new iMac - bought an Airport Extreme and easily got the home network up; in fact, I've been contemplating an Airport update - guess not? Dave

All the Airport routers and Time Capsules are still in the Apple online store so they're not halting production just now, just further development.
W

KevinJS said:
It looks that way. I'm really not sure what Apple's game plan is with this one. You'd think that routers are considered part of the core business, especially since they are pushing iCloud usage more and more.
Click to expand...

 begins to look a lot like Campagnola. This was the class bicycle derailleur in the 70s. All the hotdogs sported Campy. Then I noticed reviews in Bicycling. There was an upstart Japanese company which outperformed Campy in every test.

Now when you go into a bike shop, you will look at the two items which change gears on the chainring and rear cob, and read "Shimano."

If you had a Pixel, you would run slightly slower than my iPhone 7, but you would take better photos and, the kicker, they would be stored freely and would be readily accessible to you. (I have yet to figure out the labyrinth which is iCloud, for which I must pay a fee.)

Oh, yes, iPhone 8, coming with OLED display on a curved screen! Yay! Why, it will be just like the 2014 Samsung Galaxy Edge!
You must log in or register to reply here.

M
Apple is Running Out of AirPort Base Stations