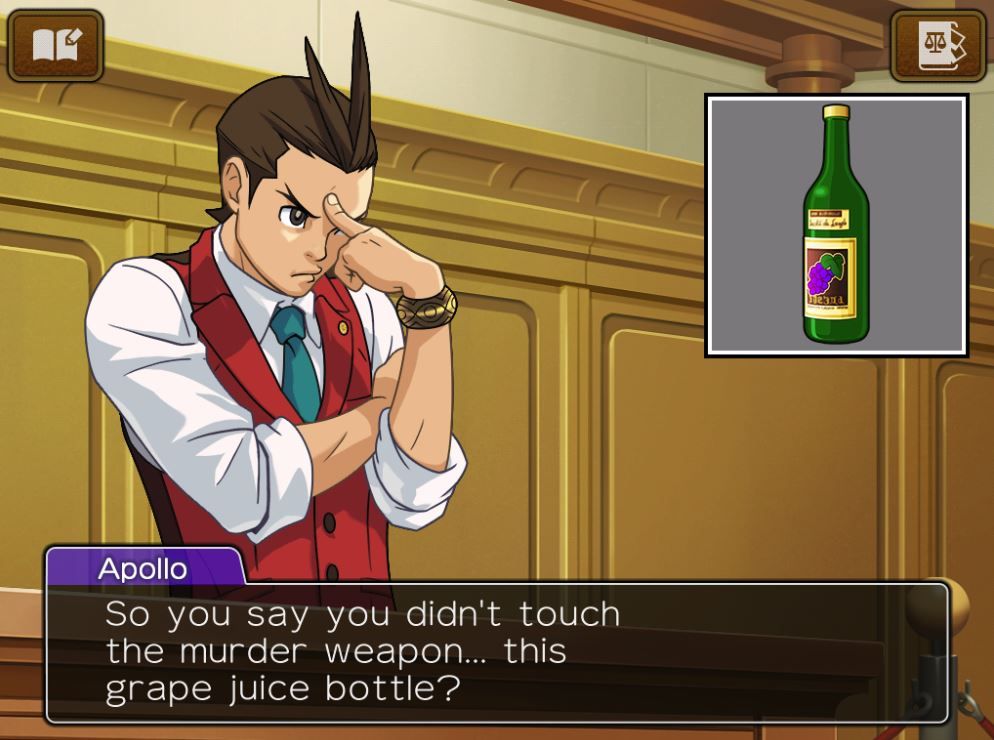 Capcom announced today that it will be bringing Nintendo DS game Apollo Justice: Ace Attorney to iOS this winter. The fourth game in the series sees the player starring as rookie defence attorney Apollo Justice as he visits crime scenes, questions key witnesses, and collects vital evidence, and then attempts to prove his clients’ innocence in the courtroom.

Apollo may be young and inexperienced, but he excels in his trademark skill of being able to uncover witnesses’ lies purely by studying their body language, making for some exciting courtroom drama.

Klavier Gavin is the prosecutor who faces Apollo in court. The flamboyant legal genius also happens to be the lead singer of a highly successful rock band, the Gavinners. Not sure how he manages to make two such demanding careers work together, but clearly he does!

Capcom says that it has optimized the UI and graphics for the iOS version of the game in order to take advantage of the superior resolution and aspect ratio. It will also have full English and Japanese language support.

Click here to pre-register for information about the game’s release: APOLLO JUSTICE

Source: Capcom
You must log in or register to reply here.