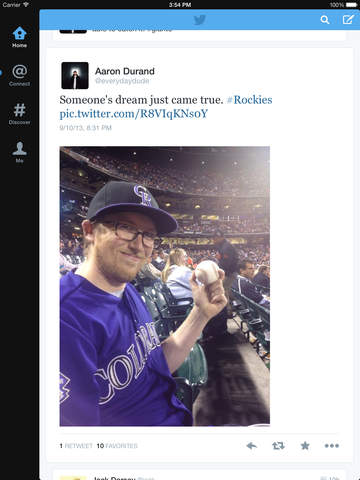 With hundreds of millions of users across the world, Twitter is one of the biggest social networks in the world. The company is continuously interested in bringing new features to its iPhone and iPad users and today we're going to talk about the latest ones.

Twitter has recently that unveiled that it’s adding mobile analytics to its iOS app. With this new feature, iPhone and iPad users will be able to track their engagement with their tweets and profile. The update is said to be rolling out now on the iTunes App Store.

To view the analytics data, users just need to update to the latest version of Twitter for iPhone, click on one of your tweets to get to its detail page and tap “View Tweet Activity.” Impressions and engagement, as well as additional information such as the percentage of people who have favorited your tweet or the number of folks visiting your profile through that tweet will be made available.

This new feature will prove to be especially useful for those Twitter users who have many followers but will also give better insight to those wondering what is their impact on social channels.

Version 6.1 of Twitter for iOS Brings improvements for iPhone and iPad Users