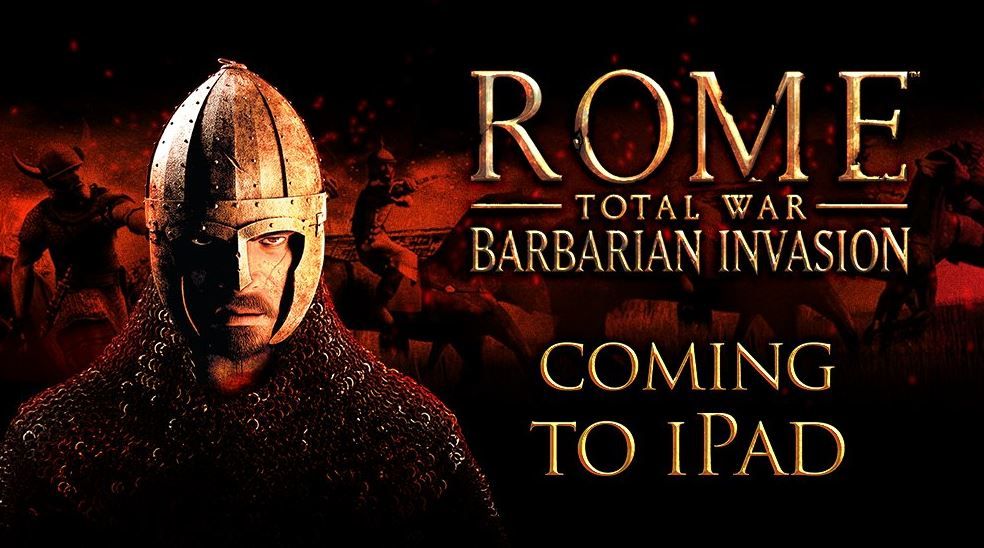 Barbarian Invasion offers players seamlessly integrated strategic and tactical gameplay during the spectacular battles, as well as diplomacy, subterfuge, and assassinations galore as you attempt to dominate the ancient world.

The campaign storyline is set in the last years of the Roman Empire, with players getting the chance to play either as a Barbarian commander or a Roman General.

“We have been delighted by the reception of ROME: Total War on iPad and we are confident that Barbarian Invasion, bringing as it does a plethora of new tactical options, will be just as well-received,” said David Stephen, Managing Director of Feral Interactive.
Click to expand...

Rome: Total War—Barbarian Invasion will be available exclusively via the App Store for £3.99/$4.99/€4.99. As it's a standalone expansion you don’t have to have main Rome: Total War game in order to play it.

Source: Feral Interactive
You must log in or register to reply here.