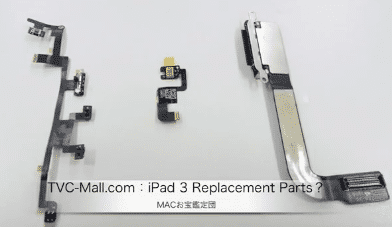 As the release date approaches fast, the rumor mill about the upcoming next generation iPad is spinning madly. Although analysts are too busy trying to place their bets on the specifications of Appleâ€™s iPad 3, the launch date itself is a topic of serious debate. Most of the industry observers agree that Apple is keeping a tight release schedule and considering that the last two tablets designed in Cupertino headquarters were released in the first quarter of the year, now is the time to expect the big announcement. While the first iPad was introduced on January 2010 and the second generation iPad hit the market in March, anytime in this timeframe, will allow Apple to respect the schedule.

One fresh piece of information on this matter has been offered by the Japanese website Makotakara suggests that the next generation iPad will be introduced to the market even earlier than expected. â€œAccording to Asian supplier and a source in United States, Apple seems to prepare to hold Special Event in early February. Because Chinese factory will be in holiday of New Year, then new product is considered to be released in early March,â€ writes Makotakara.

Source: zdnet
You must log in or register to reply here.

M
Apple Said to be Holding iPad 3 and iOS 5.1 Event in Early February
2

Feb 28, 2010
IpadOne
I
M
Apple Said to be Planning iPad 3 Launch Event in March, and â€œStrangeâ€ Event in Feb

iPad 5 rumored to be significantly lighter and slimmer
2