Do you think that the iPhone 5 will come out on the 7th of March along with or instead of the iPad 3?
I have been seeing a lot more adverts for iPhones recently; Apple seem to use this as a tactic to promote any last minute iPhone 4s buyers (I don't blame them for doing it!) before the new one comes out. I would be really interested in getting an iPhone 5 but how likely do you think it is that tis will happen?

What's in a name? I seem to remember quite a bit of whining when the 4s was announced, with people claiming that they were disappointed that it wasn't a "real" iPhone 5, and that they wouldn't be buying one.

What happens if Apple decide to release the next incarnation of the iPad as a 2HD, for example? Will we have the same carping?

What do you want from an iPhone 5 that the 4s doesn't provide?

Not trying to rain on your parade, but I'm curious as to why people seem to set so much store by Apple's naming policies.
Last edited: Mar 2, 2012

For the next iPhone, I'm rooting for the CIC Edition.
Behold. 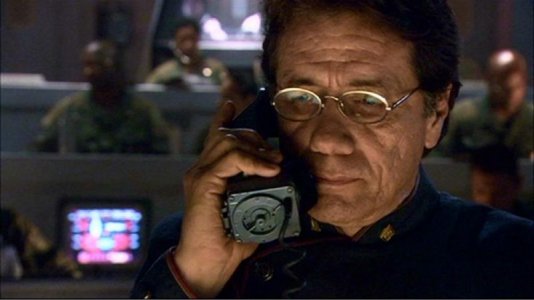 It's stylish in a retro kind of way. Note the combat chassis. Think of the money you'll save by not having to purchase Belkins, Griffins, Otters etc.

Well I've never actually had an iPhone, just iPod touch and iPad 2, and wondering if I should wait for the iPhone 5 (or at least the next iPhone) or just get the 4S now?

cdaamn said:
Well I've never actually had an iPhone, just iPod touch and iPad 2, and wondering if I should wait for the iPhone 5 (or at least the next iPhone) or just get the 4S now?
Click to expand...

Depends on your requirements. If you can wait for something that could be months away, then who knows what will become available in the meantime. On the other hand, and as someone else put it, if you wait for the next big thing, you'll never buy anything.
OP

It's my Birthday in July so that is when I would be looking... I think I will wait for the next one (if it isn't already out) when my birthday comes around
S

IPhone5 ? That does sound good but but I don't want to leave my iPhone3GS because my grand mother bought it for me and now she's sick . Unless she buys it for me other wise no. Everything she has bought me +the stuff from when I was a kid I have treasured. Even the packaging.

I can ask her if she could buy it for me. She never says no . B-B-but i don't want to ask her.
You must log in or register to reply here.

P
This guy made a replica iPhone 5 from rumors. Video