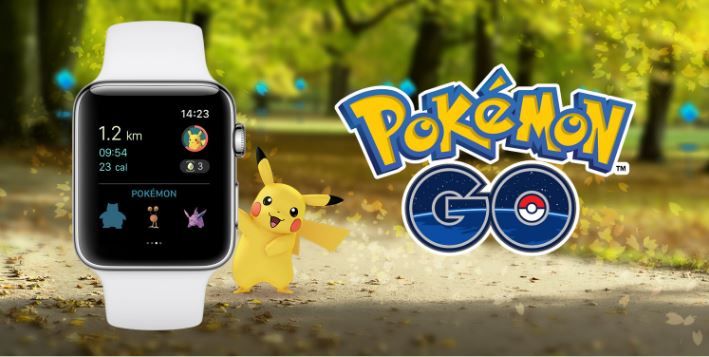 Niantic has just announced that Pokémon Go is finally available for Apple Watch.

Interacting with Pokémon Go on Apple Watch appears to be very easy; you simply have to tap the watch to find nearby Pokémon and to collect item drops from PokéStops. You’ll still have to use your iPhone in order to catch Pokémon that you find in the wild, however.

Something different that the Apple Watch version of Pokémon Go brings to the overall experience of playing the game is the ability to log your Pokémon hunting sessions as a Workout that counts towards your Activity rings, as well as tracking the number of steps needed for you to hatch the next Pokémon Egg and also for your Buddy Pokémon to find more Candy.

And talking of numbers of steps, Niantic also just announced that as of December 7, 2016, Pokémon Go players have collectively walked more than 8.7 billion kilometers, which is more than 200,000 trips around the earth. Trainers also caught more than 88 billion Pokémon on their travels, amounting to approximately 533 million Pokémon per day.