Oceanhorn 2: Knights of the Lost Realm Announced for iOS 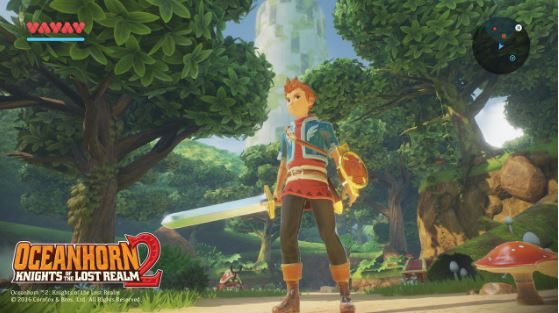 Oceanhorn 2: Knights of the Lost Realm is a free-roaming 3D action RPG, representing a major change in style from the early Legend-of-Zelda:-A-Link-to-the-Past-influenced isometric viewpoint of the first game to an Ocarina-of-Time-style third-person perspective.

Despite the major changes to how the game looks and plays, Cornfox & Bros says that it will strive to keep the aspects of the first game that made it so popular, including the lush environments, stirring music (courtesy of the returning Kalle Ylitalo), lots of secrets to find, as well as a story that will tie in with the cannon lore of the first game. In particular, the hero of the new game is completely different to that of the first, and in a different time period, but still wanting to become the Knight of Arcadia, another nod to Zelda lore.

The battle system involves sword-fighting and the casting of spells, as well as putting found items to good use in battle. The Caster is the main weapon in the game; it’s a gun that can shoot magical projectiles, and which can be used to help solve puzzles, to lure enemies, and also to cast spells.

For us, Oceanhorn 2 is the fulfilment of a JRPG dream,” said Heikki Repo, the game’s creator and lead artist. “It is a dream of running down green fields with the warmth of the sun on your face. It is a dream of learning the secrets of ancient ruins despite the danger. It is also a dream of finding yourself looking at beautiful mountains on the horizon and imagining what’s beyond them. It will be an amazing journey ahead of us and we hope that you will join us on that journey!”
Click to expand...

Still no official release date for this one yet, but expect it to be a few months rather than weeks.

M
Westworld Out Today on iOS

M
Middle-Earth: Shadow of War Out Now on iOS