its a 2x scale...of course it works....make a universal app! 2x scale of that app makes it look like those ridiculous brookstone remote controls. 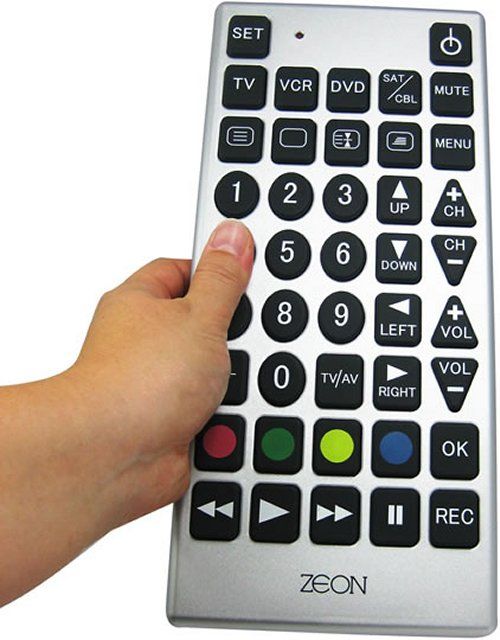 Not quite...in my opinion. I've had my RE for 2 months now and despite being a little wary at first (that is....of giving up my old conventional remotes) I am happy to say that the RE has done everything that it said it would. My main reason for going with the RE was that it already had tons of IR codes built into the dongle bit. It's a little bigger than some out there (e.g. the Redeye which I'd considered) but then for me, that makes it less likely to be lost!! I also needed to use my RE in more than one room (ie our home theater and my family room). Most of the other offerings didn't have this feature so in the end, opting for the RE was an easy and wise decision.
The RE on my iPad is even better than my iPhone given the larger display and I tend to keep my iPad at home. So, in summary, the RE really does deliver and with the relatively easy setup and it's wider IR beam (which in my home theater room was imperative!!), I'm a very content and happy user.
Hope this helps anyone else considering the RE.
Cheers
You must log in or register to reply here.

Has anyone tried the RedEye Universal remote on their iPad?