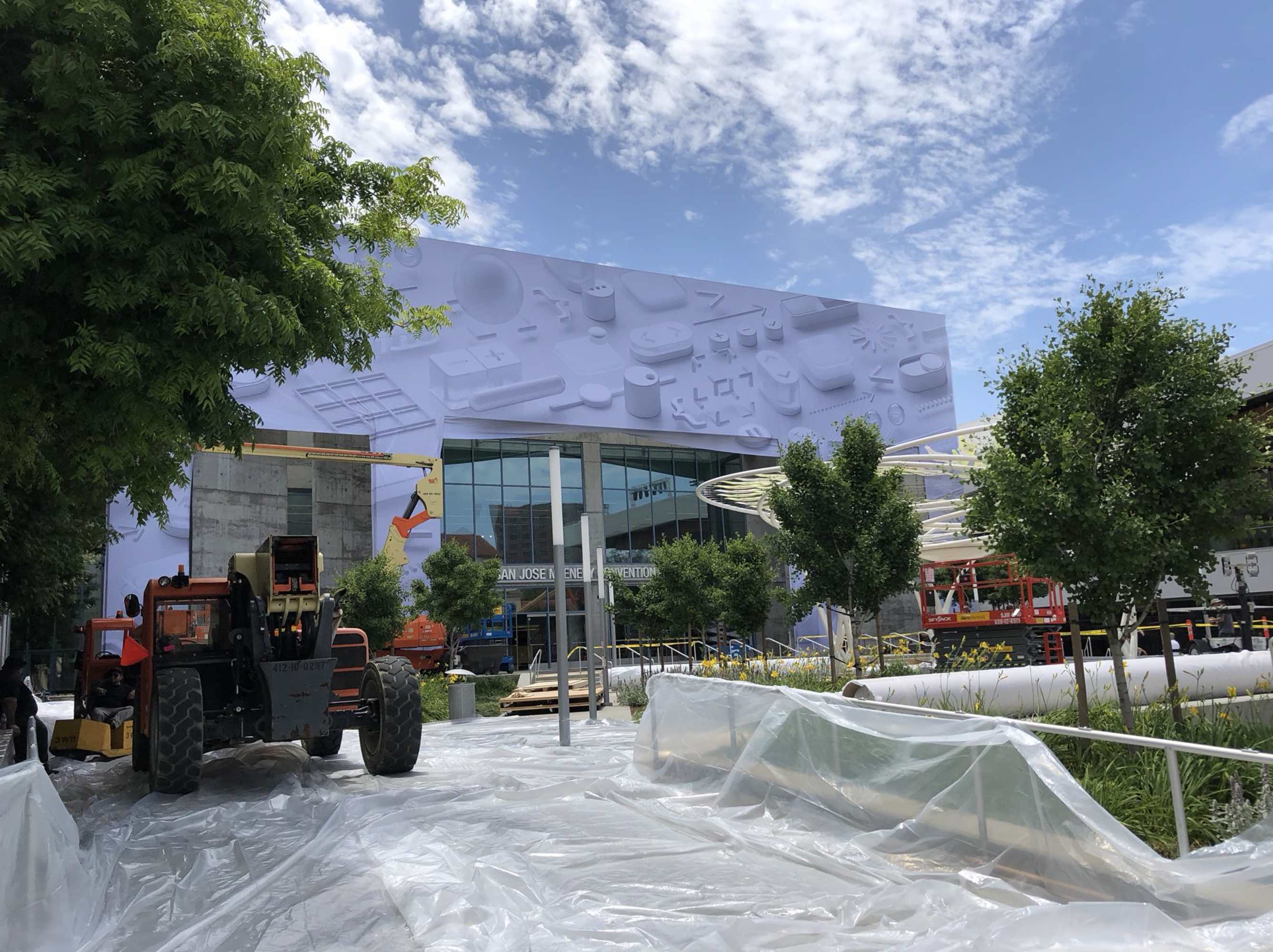 MacRumors reports that preparations are currently underway to decorate the McEnery Convention Center in San Jose, California with banners and posters that welcome attendees to Apple’s 2018 Worldwide Developers Conference that begins next Monday. People have been posting lots of images on social media of the decorations as they go up.

The huge banners that be-deck the front of the convention center continue the design theme of the WWDC website, invitations, and app.

This is the second year that Apple has hosted its WWDC in San Jose, having previously held it at Moscone West in San Francisco for many years. Among the reasons for the move are the fact that San Jose is closer to Apple’s campuses and offices in Cupertino and other parts of the South Bay, and also the availability of more affordable hotels and accommodation for the developers who are attending.

In a separate news story on MacRumors, Bloomberg’s Mark Gurman predicts that Apple will not be announcing any new Macs, iPads, or Apple Watches at the event, and will instead be focusing on software, such as iOS 12 Digital Health tools that tackle smartphone addiction; ARKit 2, which will include a multiplayer mode for AR games; and universal apps that work across iPhone, iPad, and Mac. Gurman thinks that the 2018 iOS, macOS, tvOS, and watchOS updates will be more “muted,” with “bigger changes later,” as Apple is focusing more on quality and stability this year.

As far as new hardware announcements are concerned, Gurman says that Apple will not be announcing new MacBook, MacBook Pro, iPad Pro, and Apple Watch models until later in the year.

The 2018 Apple Worldwide Developers Conference starts at 10:00 a.m. Pacific Time on June 4 with the keynote event.

Gurman: WWDC 2018 to Have Software Focus, New Macs, iPad Pros, and Larger-Screen Apple Watches Coming Later
You must log in or register to reply here.